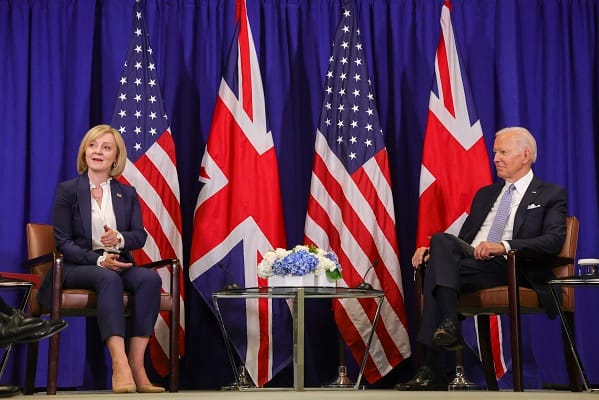 The British Prime Minister Liz Truss is in New York and has made an appearance at the United Nations General Assembly and told delegates that “we must act” against Russia.

Truss promised to support Ukraine with weaponry and training over the next year and has pledged £2 billion package for the war torn country.

Truss said, “And that’s why – at this crucial moment in the conflict – I pledge that we will sustain or increase our military support to Ukraine, for as long as it takes.

“New UK weapons are arriving in Ukraine as I speak – including more MLRS rockets. We will not rest until Ukraine prevails.”

Truss said Vladimir Putin is “desperately trying to justify his catastrophic failures” as more than 80,000 Russians have been killed in action.

She said the Russian president has “doubled down” on the war in Ukraine as he has called up tens of thousands of reservists.

Putin is so desperate to throw ordinary Russian men into war that traffic checkpoints across Russia are now being “manned by military commissars and men eligible for mobilisation to be remanded into custody.”

Truss told the UN on Thursday, “As we meet here this evening, in Ukraine, barbarous weapons are being used to kill and maim people.

“Rape is being used as an instrument of war, families are being torn apart.

“And this morning we have seen Putin desperately trying to justify his catastrophic failures – he is doubling down by sending even more reservists to a terrible fate.

“He is desperately trying to claim the mantle of democracy for a regime without human rights or freedoms – and he is making yet more bogus claims and sabre-rattling threats.

“This will not work – the international alliance is strong, Ukraine is strong.

“The contrast between Russia’s conduct and Ukraine’s brave, dignified First Lady, Olena Zelenska, who is here at the UN today could not be more stark.

“The Ukrainians are not just defending their own country – they are defending our values and the security of the whole world.