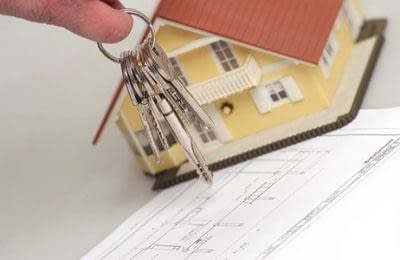 All letting agents and landlords in England will be impacted by the ban on imposing letting fees which is scheduled to take effect in June 2019. If you’re a landlord it’s vital you find out all the ramifications of this new legislation, and our brief guideline offers some essential reading.

The new legislation means it won’t be possible to charge hundreds of pounds in administration fees to tenants after 1 June and many landlords and agents are still unprepared. Scotland already has a letting fees ban in place, while the Welsh government is currently considering this proposal as well. The ban will also impact on fees levied for late payments of rent, changes to the tenancy agreement and tenancy renewals.

This legislation will be enacted under the Tenant Fees Bill 2019, which is currently on its third reading in Parliament. The new laws are highly likely to take effect on the due date, as they are now only subject to any final amendments made by the House of Commons and to Parliamentary approval. All that’s really required now is a debate by MPs on the amendments made by the House of Lords and the legislation will then receive Royal Assent and pass into the public domain.

Lord Nick Bourne of Aberystwyth made the following comment on the Bill in the House of Lords: “[We] intend for the provisions of this bill to come into force on 1 June 2019. This would mean that the ban on letting fees would apply to all new tenancies signed on or after this date. It has been clear throughout that this is a bill that we all support, and one that will deliver important changes to the private rented sector, improving lives for millions of tenants.”

As it does seem clear that this law will shortly become effective, it is really imperative that landlords make plans to amend administration requirements accordingly. Some landlords have stated this new legislation is likely to mean increased rents will be imposed in all areas of England. The consequences of failing to meet all requirements of the new letting fees legislation could be harsh as fines will be imposed on landlords who fail to comply.

About the letting fees ban

Up until June 2019 it will still be possible to charge tenants for administration fees – these tend to relate to charges for obtaining references and credit checks as well as tenancy renewals, although a variety of other charges are also applied by landlords during the course of a tenancy. The Citizens Advice Bureau estimate average administration fees for lettings amount to around £400.

Any tenancy agreements or tenancy renewals taking place after 1 June will require landlords to meet all administration costs, so the only applicable tenant charges will be:

Imposing any other type of fees will be illegal from 1 June 2019 and may result in fines of £5,000 for a first offence, followed by unlimited fines for any subsequent offences within the next five years.