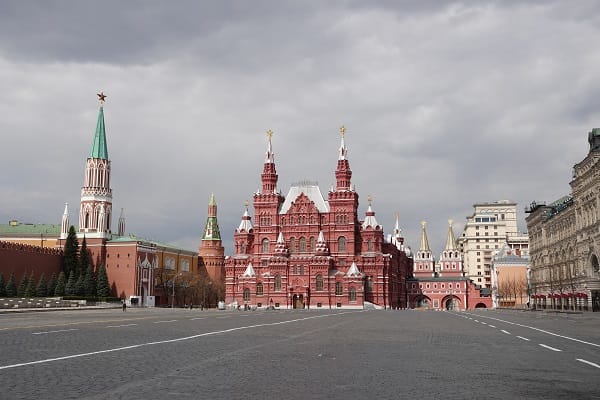 The World Bank has warned that Russia could be left effectively bankrupt by next week and Moscow may be forced to default on their foreign debts.

The Kremlin has expressed their “shock” which has led Russia to an “economic war” which has hit the heart of Moscow.

Russia was the 11th largest economy in the world and according to Visegrád 24, “Putin has wiped out 20 years of economic growth in terms of GDP” in just two weeks.

FTSE ends the week on a brighter note

The World Bank’s chief economist Carmen Reinhart warned that Russia are “mighty close” to defaulting on debts which would mean Moscow will be ostracised on global debt markets.

Reinhart said, “They’re not rated by the agencies as a selective default yet, but mighty close.”

Althea Spinozzi, a fixed rates strategist at Saxo Bank, said it was possible that Moscow could default on their debts “as soon as next week,” meaning Russia would be unable to request money from Western investors.

This will be Russia’s first large scale debt from the 1917 Bolshevik Revolution which saw widespread inflation and food shortages in the country.

Kristalina Georgieva, managing director of the International Monetary Fund (IMF), warned that as a direct result of sanction Russia is facing a “deep recession.”

Georgieva warned that the “unprecedented sanctions” are likely to cause inflation which has “led to abrupt contraction of the Russian economy, moving into a deep recession.

“We are mindful that massive currency depreciation is driving inflation up.

“It is denting severely the purchasing power and standard of living for a vast majority of the Russian population.”

She added that global growth forecasts are likely to be cut as a result of the crisis.

The Russian Foreign Minister Anton Siluanov said on Thursday that they will only pay in the worthless Rubles for foreign debt payments to Western countries.

The Kremlin told reporters on a conference call on Thursday that Russia’s economy was under shock.

The Kremlin said their situation is “turbulent,” the spokesman Dmitry Peskov said, “Our economy is experiencing a shock impact now and there are negative consequences, they will be minimised.

“This is absolutely unprecedented. The economic war that has started against our country has never taken place before. So it is very hard to forecast anything.”