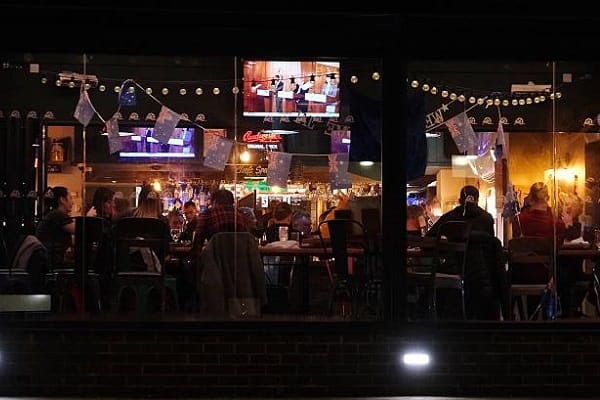 Invisible to Government: Nightlife workers appeal to MPs to save ailing sector

Representatives from nightlife industries, including nightclubs, supply chains, and live events, have met today with a cross-party group of MPs and Peers to discuss the growing need to support the sector, which has been decimated by the Covid-19 pandemic. The All-Party Parliamentary Group for the Night Time Economy, which includes over forty parliamentarians, heard the experiences of individuals working in the sector and those battling continued financial hardship and uncertainty.

After the launch of an inquiry report last month, the group of cross-party MPs and Peers met again today to debate the damning findings of their investigation into UK nightlife and discuss vital next steps for the industry following the Prime Minister’s roadmap and the Budget announcement.

Now one year since the first lockdown restrictions, two new Conservative MPs were elected to leadership roles within the APPG, with Christian Wakeford, MP for Bury South, and Julian Knight, MP for Solihull, voted as Co-Chair and Vice-Chair respectively. Lloyd Russell-Moyle, Labour MP for Brighton Kemptown was also elected as a Vice-Chair. This follows mounting pressure from within Opposition and Conservative backbenches for Government to address outstanding issues facing hospitality businesses, including nightclubs and other late-night venues, such as spiralling commercial rent debts, uncertainty over re-opening, and continued financial hardship.

The group were joined by several representatives of the night time economy, including freelancers, the Night Time Industries Association and #WeMakeEvents, a campaign group of the live events supply chain. The MPs were warned that likely shortages in the availability of door security staff, and gaps in support for self-employed workers may undermine the indicative dates set for the sector’s eventual reopening. Lacking the right financial support, insurance provision and a stable supply line, the APPG found that nightlife businesses may be unable to operate in the summer, even if health and safety conditions allow them to do so.

With late June anticipated to mark the revival of the UK’s night time economy, the APPG warn it is imperative that measures are taken to ensure our vibrant nightlife sector will endure long enough for when reopening is possible.

Speaking to the APPG, Danny Whitehead, a freelance DJ said, “As we reach the 12-month mark on Britain’s first lockdown and the announcement of the SEISS, it still pains me that this Government hasn’t found a solution to help many of those who work in the nightlife industry that contributes £66billion to our economy.”

“We were the first sector to close and the last to open up, yet the government have left many of us, especially the self-employed, in the dark. 64% of self-employed workers haven’t been able to access the SEISS in the first instance and only now we see them accepting a later financial year – for many, this is far too late.”

“If it wasn’t for recovery funds from the likes of Help Musicians UK, the Live Nation Relief fund, PRS fund, and others, the majority of our industry’s valued members wouldn’t have a leg to stand on. Even though our sector looks to re-open soon with the governments new roadmap, countless workers still need huge financial help. This is far from over.”

Hannah Jasper, a freelance events producer, said, “The Government sees me as making a 20% contribution as a freelancer from my income, but I make over double that contribution with my time, and because of this, I have been excluded from financial support. Without government support, and continued uncertainty about the future, so many talented people in our sector have been left behind. We are a hidden community which props up the creativity of this country. Statistically we are invisible to this Government – we are not getting the support we need.”

Christian Wakeford, Co-Chair of the All-Party Parliamentary Group for the Night Time Economy said, “It’s unfortunate to see a sector that provides a thriving ambience in our communities struggle so severely due to the current lockdown restrictions. As new Co-Chair, I look forward to working with the APPG to ensure that all businesses and employees working in our night time economy receive the fundamental support they require to survive in a post pandemic world. It is vital that we work hard together and fight for the businesses operating in our night time economy, to provide them with the necessary financial support they need and to make sure they are able to open their doors as we emerge from the lockdown. Our communities and economy need them.”

Jeff Smith, Co-Chair of the All-Party Parliamentary Group for the Night Time Economy said, “At last, we have a light at the end of the tunnel in the form of the on-going vaccination program. Because of this, it would be an unimaginable human and commercial tragedy if the night time economy does not get the support identified in our report. So many businesses and jobs will be lost forever with the cruelty of this happening just as re-opening is so close.”

Michael Kill, CEO of the Night Time Industries Association, said, “Many people’s minds are on Spring and the easing of lockdown. But in our sector, we are still in the darkest of days, and our need for extra support is now greater than ever. The majority of our businesses and our people have been running on empty for a year: they have nothing left except debt and the fear of losing their livelihoods. We need extra support and we need it now.”

Duncan Bell, Campaign leader at #WeMakeEvents added, “Exclusion from SEISS has been a major challenge for the live event supply chain during the pandemic, as the nature of the sector means most people work freelance. This has left many without any proper income support for over a year and threatens the recovery of the sector unless it is addressed by the Government.”