Home Business News Hundreds of Russian’s killed, wounded and missing’ in just ‘four days’ and the ‘blood is pouring and pouring’ 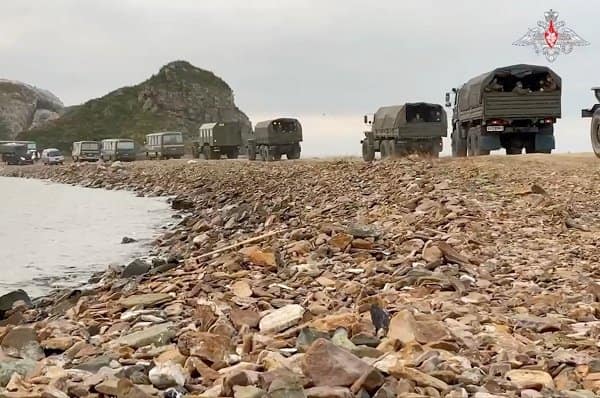 Hundreds of Russian’s killed, wounded and missing’ in just ‘four days’ and the ‘blood is pouring and pouring’

Russian troops in Donetsk are pleading to their commanders for help after they have been “thrown into an incomprehensible offensive” in the region.

Vladimir Putin’s poorly timed offensive has led to hundreds of soldiers to their “slaughter” in Ukraine.

In a letter to the Russian Ministry of Defence soldiers from the 155th Marine Brigade of the Russian Pacific Fleet have revealed hundreds have been killed during the “pointless” offensive and they have not gained any ground in the town of Pavlivka in Donetsk in recent weeks.

The letter read, “General Muradov has thrown us into an incomprehensible offensive in order for Muradov to earn bonuses, and to be promised a hero of Russia.

“We lost 300 people killed, wounded, and missing in four days. The command of the district hid this.

The soldiers claim that “blood is pouring and pouring” whilst they are waiting for a response from their commanders, who are most likely going to ignore the letter.

Andrew Perpetua, who provides daily updates on the situation in Ukraine, tweeted, “Russia’s attack on Pavlivka could not have been worse timed.

“It is like they sat around and waited for the worst possible time to attack and only launched the attack then.”

He added, “I cannot even comprehend the thoughts going through the minds of those in command, or if they even had any.

“Rather than aborting, Russia sent all their men to their death.