Home Business Insights & Advice How are gaming companies likely to perform in the coming years? 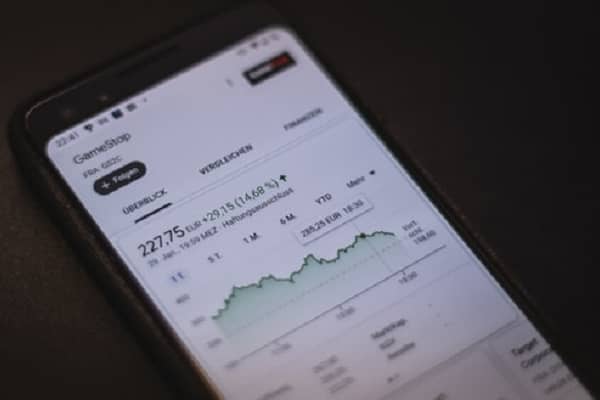 How are gaming companies likely to perform in the coming years?

2022 is set to be one of the trickier years for investors in the last decade. We entered the New Year at the end of one of the biggest bull runs in history, so many were expecting the stock markets to be more of a challenge. That has certainly come to fruition, though more in the US than the UK, at least so far.

For investors, it’s important to remember that any bear market is only temporary, and provided you have a good strategy, any solid portfolio will bounce back. In fact, market downturns are good opportunities to pick up bargains that will become profitable in the coming years.

So no matter whether you’re working in the swanky offices of the City of London or you’re an individual investing from home, 2022 could be a good time to position yourself to gain in the future.

There are likely plenty of industries that look promising still, including energy, agriculture, mining, and house building, since they all produce things that we will always need.

Another area that investors may want to look at is gaming. This industry has been enjoying a very strong few years as it expands to reach new demographics and finds new ways to monetise its content. But has it reached a plateau, or is there more room for growth?

Demographics on their side

Gaming has, traditionally, been a hobby enjoyed by younger people. The demographic targeted most by ads in decades gone by was men between 18 and 30, leaving older men and all women on the sidelines.

A concerted effort has been underway during the last two decades to change this. Nintendo was one of the first to the party, with its Wii and DS consoles that offered something for everyone, though smartphones have taken it to a whole new level.

Even so, the demographics are gamers are still skewed towards younger adults. In 2021, 38% of players were aged between 18 and 34, while only 7% were over 65. It is likely that gaming companies will continue to be able to get more of these older people interested in their content, but over time, it will happen naturally anyway.

As the current 18-34 year-olds age, they’ll be replaced by a new generation of gamers. But they’ll also retain their interest, filling out the older age brackets with more players. As they do this, the gaming industry will have a lot of room to grow.

The iGaming industry, which offers online casino games and other forms of wagering, continues to enjoy growth here in the UK, but it is overseas where they’re seeing faster expansion.

Competition remains strong among the brands operating within the space, but this hasn’t stopped them from expanding. Bigger and more established operators continue to rise to this challenge though by finding ways to stand out from the crowd, such as creating exclusive titles like Papa Paolo’s Pizzeria and Keeping Up With The Paddys.

The result of this is that forecasts by Grand View Research predict that iGaming will grow by a CAGR of 11.9% between now and 2030.

Normally, when industries mature, it becomes harder to charge more for a product or service as competition pushes prices down. The gaming industry, on the other hand, has found a way to do the exact opposite.

It’s achieved this by giving away its content for free but charging for extras like optional in-game items, subscriptions, and new levels. Known as the free-to-play model, this counter-intuitive approach has been hugely successful as, while the majority of players pay nothing or very little, there is a sizable minority that spends thousands of dollars per year on a single game, far more than they would have otherwise done.

It’s not just free games, though. These microtransactions have worked their way into paid-for content as well, resulting in even higher revenues and allowing publishers to extend the lifespan of content, spreading development costs over longer periods and increasing margins.

Overall, the gaming industry is looking strong for the medium and long term. So even if share prices are affected in a market-wide sell-off, it could be attractive to some investors. Whether it’s right for you will depend on your overall investing approach, so it is advisable to do your own research or consult with a professional before making any decisions.