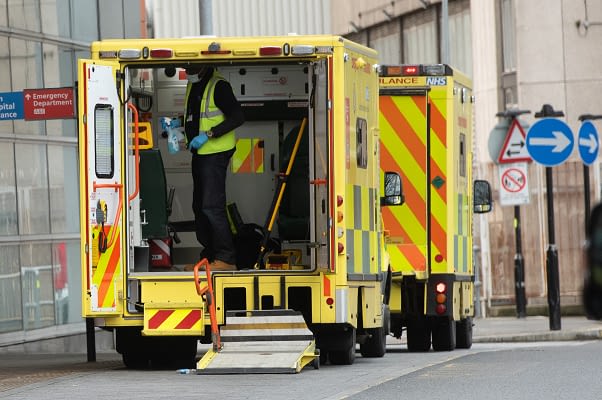 The NHS is almost at “breaking point” as Omicron has pushed 24 hospital trusts into a state of emergency as “critical incidents” are being declared.

The NHS is being stretched “like never before” as the number of patients in hospital with the virus is now at it’s highest since February 2021.

As of the 4 January 17,276 people were in hospital with Covid, according to government figures, which is up by 58% week on week which is the highest since 19 February.

The government is being told by health leaders they must introduce more measures to slow down the wave of infections, but Boris Johnson insist the NHS can avoid being overwhelmed without restrictions.

Despite what the Prime Minister says the NHS Confederation has warned that they are already in crisis mode.

Chief executive Matthew Taylor told The Guardian newspaper, “The Prime Minister’s attempts to reassure the public that the NHS is not being overwhelmed will not chime with the experience of staff working in some parts of the NHS.”

Bryn Webster, from Unison’s National Ambulance Committee warned that his staff are “exhausted” they are on their “knees.”

Webster said, “Our ambulance crews, the control rooms and 111 are all exhausted and on their knees.

“They’ve had two years of this and it has taken a mental and physical toll.”

He added, “It’s stressing a lot of ambulance staff that we can’t get to the patients. There’s been horrific stories of 24-hour waits. The staff are sitting in the back of ambulances with patients for hours.”

Chris Hopson, the head of NHS Providers, which represents trusts, took to Twitter to say that the health service is being “stretched like never before”.

“London still showing lower hospitalisation growth. But growing concerns that the assumption the rest of country will match London pattern may be wrong.

“Also must recognise impact of pressure on patients and staff.”

UNISON head of health Sara Gorton slammed the government and accused them of “wilful negligence.”

Gorton said, “Staff shortages have left the NHS running on empty throughout the pandemic.