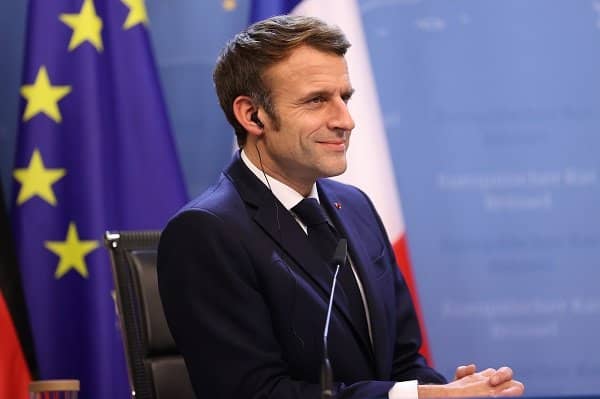 The French President Emmanuelle Macron has been ordered to resign after an investigation found that he signed a “secret deal” to advance an American company in the country.

When Macron was the Economy Minister between 2014 and 2016 he backed the development for Uber in France an investigation found.

Following the investigation the information was leaked which has prompted French officials calling on Macron to resign his position.

The investigation found that Marcon signed the secret deal with Uber to “make France work for Uber so that Uber can work in and for France.”

The Fench President also promised, “a drastic simplification of the legal requirements” to obtain the licence.

National Rally MEP Jordan Bardella said, “It was common knowledge, the #UberFiles demonstrate it once again.

“Despite the permanent ‘at the same time,’ Emmanuel Macron’s career has a consistency, a common thread: to serve private interests, often foreign, before national interests.”

“Minister of the Economy, he was already betraying France by defending the interests of an American company!”

Left MEP Manon Aubry also blasted the French President and said, “Revelations on a secret deal between Macron and Uber.

“We also better understand the role played by France in blocking any European regulation of platforms!

“It is not a president who governs France but a lobby!”

Uber had also secretly lobbied British Ministers to influence London’s transport policy as leaked documents show lobbyists for the ride-sharing firm has also met then-chancellor George Osborne who is now the Editor for the Evening Standard, along with other Ministers, according to the BBC.

The meetings which were “undeclared” took place after Boris Johnson, as Mayor of London, which promised to launch a review which at the time, could have limited Uber’s expansion across London.

The BBC reported that an internal Uber email said it was far better to meet in London because “this is a much more private affair with no hanger-on officials or staffers,” and Uber denies they had lobbied in secret.