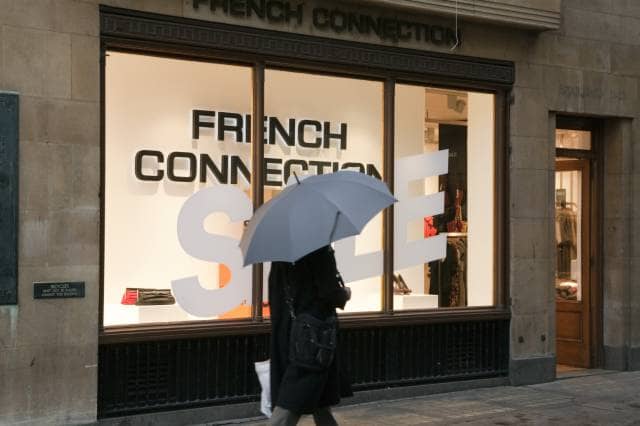 Bad news for the retail firm?

French Connection has reported a ninth consecutive year of annual losses, this is due to a series of problems within the business.

The fashion chain has said its pre-tax losses for the year to the 31 January grew 51 per cent to £5.3m.

Like-for-like sales in the UK and Europe rose 4.4 per cent, these sales account for more than three quarters of the business.

More and more stores have been closing, the firm faces problems with its competition such as online retailer ASOS. As well as this it’s battling with higher import costs due to the weakness of the pound that came after the Brexit vote.

The company’s founder, chief executive and chairman Stephen Marks, remains positive, he said: “The noticeable improvement we have seen during the second half and into the new financial year leads me to believe that we are moving in the right direction.”

“The reaction to this year’s collections has been very strong so far with sales both in our stores and wholesale customers up on last year.”

“It is early in the year and we have a considerable amount of work to do to take the Group back to profitability although I believe that the actions we have taken and continue to take, will go a long way to achieving that goal this year.”