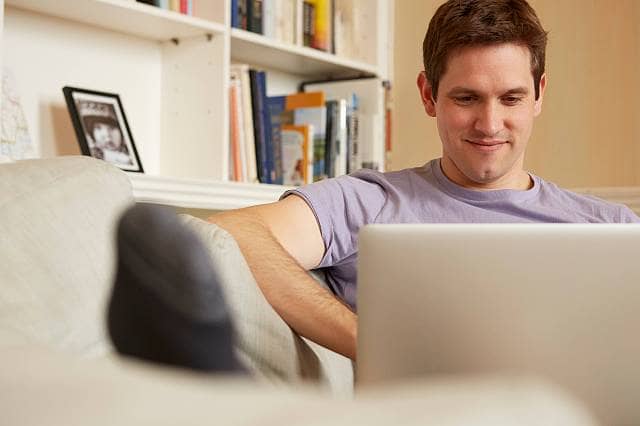 Who would’ve thought that soccer with cars and rocket-powered boosters would one day become one of the best PC games of all time? But it did. Rocket League has over 40 million players and is still gaining popularity among professional and casual gamers.

And the best part is that you don’t need a high-end laptop to play Rocket League for a decent experience. And MSI laptops make for great candidates to get the full experience.

The MSI Stealth GS66 is a competent gaming laptop that makes full use of its high-end specifications to deliver consistent outstanding performance. It comes with a sleek look packed with strong components and other features. Aside from the RGB keyboard illumination, the basic chassis may appeal to some purchasers. The use of metal gives the matte black surfaces an air of premium quality.

The RTX 3080 Max-Q GPU, Intel Core i9, 12th Gen. Processor, and 32GB of RAM proved a formidable mix for ripping through games. Furthermore, it makes good use of the 300Hz refresh rate TFT LCD especially when it comes to gaming.

While many gaming laptops trouble with overheating and the accompanying fan noise, the GS66 Stealth is quiet and efficient in its own right. With gaming laptops, battery life is usually a joke, but the GS66 Stealth’s five-hour screen time is quite impressive. It features a 99Wh battery, which is the highest limit in terms of the capacity of a battery.

The chassis of the MSI is largely made of plastic, with stamped aluminium on the palm rest and lid. Even though it is worth a nod at this low price. Its brushed hairline pattern appears high-end, yet it attracts fingerprints and dust. The MSI dragon shield emblem on the lid offers a splash of colour and identity that feels meaningful even when you’re not spending much money.

Our MSI GF63 Thin 9S7-16R review unit packs a lot of punch for the price. Its outstanding performance is due to an Intel Core i5 11th Gen. Processor, 512GB SSD, and 8GB of RAM. It has impressive real-world gaming scores, thanks to NVIDIA GeForce RTX 3050 graphics card. It has a score of 4913 on the PCMark 10 benchmark, and it stays fairly quiet and cool. Outside of games, fan noise is perceptible but far from loud.

The RTX 3050 ran at an average frequency of 1,217 MHz and a temperature of 70.26 degrees Celsius. The GF63 Thin 11SC outlasted its competitors in the battery test, which included online surfing, light graphics work, and video streaming over Wi-Fi with the display set to 150 nits of brightness, lasting almost 6 hours.

With its iconic black body, the MSI Vector GP66 continues the tradition of sleek gaming laptops. The laptop boasts a per-key RGB gaming keyboard created by Steelseries that allows you to change the color for each individual key. The MSI GP66 Vector’s chassis is built of hard plastic but feels quite durable. The system, emblasoned with MSI’s dragon emblem, feels robust, with no flex if you clutch the screen edges or mash the keyboard.

The Intel Core i7-12700H Processor in the MSI GP66 Vector laptop is a 14-core processor with 6 performance cores and 8 efficiency cores. The Core i7-12700H has a maximum turbo boost of 4.7GHz, a base frequency of 3.5GHz, and a 24MB Intel Smart Cache. In terms of graphics, this laptop has an RTX 3060 6 GB Graphics Card with all of the latest technology pre-installed. The laptop also has a 1TB NVMe SSD and 16 GB memory. Rocket League’s gaming benchmark is 439 frames per second at 1080p.

However, it is somewhat noisy. When set to Performance mode for GPU-intensive gaming, its fans roar noisily, releasing a flood of hot air from its left side. When tested with Prime95 on the Extreme Performance setting, CPU clock rates jumped to 4.2 GHz for a split second before plummeting to 3.7 GHz.

The MSI GE66 Raider has a traditional style gaming-laptop, with a gray aluminum case and a black deck. It also has a beautiful RGB light strip that is a great addition to the already sophisticated chassis. The GE66 Raider is one of many laptops with bright LEDs on the deck. Embellished with a sci-fi rendition of MSI’s logo and a complex grid of panes and components.

An Intel Core i9 12th Gen. processor, NVIDIA’s RTX 3080 Ti, 16GB of RAM, and a 15.6-inch 300Hz 1080p screen are included. If you want the greatest frame rates the Raider offers, you’ll need to upgrade to a RTX 3080 setup (which is currently only available on MSI’s website in non-Dragonshield form). However, the test machine can still run almost any game at its top settings. On the highest settings, Rocket League averaged 250 frames per second. The RTX RTX 3080 Ti ran at a clock speed of 1,360.4 MHz and a temp of 64 degrees Celsius on average (147.2 degrees Fahrenheit). Meanwhile, the CPU was operating at 4.4 GHz average clock speed and 76.5 degrees Celsius average temperature (169.7 degrees Fahrenheit).

The GE66 Raider is a powerful gaming laptop that provides frame rates we’d expect from a device of this size and specifications. All games can achieve 60 frames per second, with minor tweaks required for the most demanding titles. The Raider has a 99.9Wh battery, the largest cell of a laptop. The battery life was adequate but could have been more exceptional.

The MSI Pulse GL76 is quite understated at first glance. Looking at the lid, you can see that it is grey metallic with some lines to give it a more aggressive appearance. The MSI logo is visible but not in a distracting way, which is a bonus. It’s black towards the hinges, giving it a more two-toned appearance. A familiar clamshell form provides users with a consistent presence. Radiating RGB hues represent a unit ready to adapt to any type of (virtual) conflict.

The MSI Pulse GL76 is well-equipped for gaming, with specs in our review model highlighted by an NVIDIA GeForce RTX 3070, a 12th-generation Intel Core i7, 16GB of RAM, and 1TB of storage. You can acquire this laptop with an RTX 3070 Ti and downgrade to an Intel Core i7 processor if you wish, giving you some options regarding setup and budget. With the graphics settings turned up, we were getting a smooth 50-70 frames per second in Rocket League at a 1080p resolution – tone down some of those effects, and the frame rate will go up even more.

You should get as much RAM as possible; we recommend at least 256GB. – The best graphics cards are the NVIDIA GeForce RTX 3050 to 3080. Moreover, gaming should be easy on the eyes; therefore, we recommend the Full HD resolution (1920×1080) and IPS display technology.

Here are the top five MSI laptops for playing Rocket League that you can purchase. Choose a powerful gaming laptop with amazing features if your budget is between £300 and £800 and you’re looking for a high-end laptop that can run AAA games without a hitch.

I’m A Celebrity: Matt Hancock will ‘struggle’ after being ‘tainted forever’ by jungle stint and ‘immature’ PDA with girlfriend

I’m A Celebrity winner Jill Scott has a ‘strong future ahead’, while ‘immature’ Matt …

Amid the cost of living crises Ikea will...