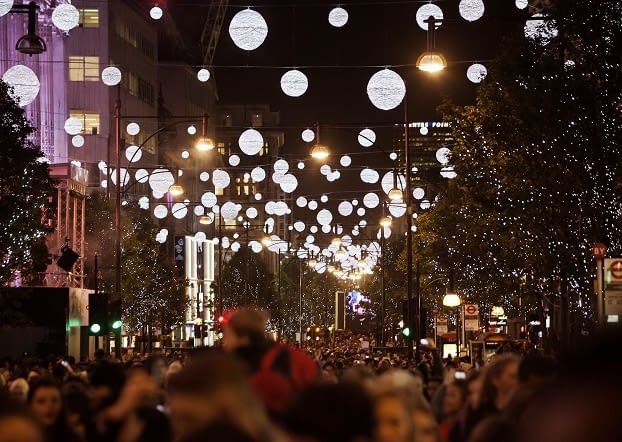 Festive boost for SMEs: Brits to spend £6.5bn at independents this Christmas

SMEs are set to receive a festive boost this Christmas, with Brits planning to spend £6.5bn on gifts from independent retailers, according to new research from Direct Line – Business.  The news is a beacon of hope for small businesses following the easing of the second wave of lockdowns, which forced non-essential retail to shut across much of the UK.

Every day in December will on average see £209 million spent on gifts both online and in physical stores. Those shopping at independents (79%) will spend an average of £157 on presents, an increase of £43 from last year’s average spend, which amounted to a 2019 total of £4.4bn.

Purchases at independent retailers will represent nearly a third of consumers’ (29 per cent) overall Christmas shopping, with 14 per cent revealing that more than half of their festive shopping will be from these stores.

Many shoppers plan to buy from independent retailers because they want to support their local high street during this difficult period, showing how valued these businesses are by their surrounding communities. Nearly half (48 per cent) of them plan to spend more with independent retailers to help them survive the pandemic, while almost three quarters (72 per cent) want to help protect local employment during this difficult period.

But it’s not just a case of wanting to support the community. Shopping at independent retailers is also desirable because Brits like the products and services they offer. Compared with major chains, 41 per cent say the quality of goods from independents is superior. And 57 per cent agree that less generic, more unusual items are best found at these businesses.

And with younger consumers particularly interested in ethical shopping, it’s perhaps not surprising that 18-34-year-olds are most likely to buy their Christmas presents from independent retailers this year. 54 per cent will do this because they believe that these shops take sustainability more seriously, while over half (56 per cent) of young people plan to shop at independent stores because they want to help them survive the pandemic.

Jemma Holloway, Head of SME Trading at Direct Line Business said, “This year has been turbulent to say the least for small independent retailers. It’s so great to see that consumers want to support local businesses by shopping with them this Christmas.

“Independent retailers offer wonderful, unique gifts, first-class customer service, and are the beating heartbeat of communities up and down the country. The British public clearly recognise this and the festive boost their spending will bring this Christmas will be crucial to the sector’s recovery.

“It’s important for small businesses to protect themselves with the right small business insurance. Reviewing their policies to ensure that they are adequately covered during this turbulent period will help them to avoid any potential setbacks. Direct Line doesn’t charge administration fees if you make mid-term amendments, making it extremely easy to keep your policy up-to-date during this period of immense change, whether that’s moving to trade online or changing employee levels.”