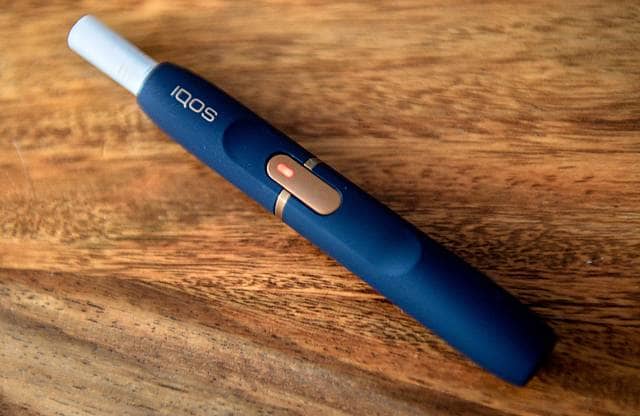 Imagine a modern world with flying cars, high tech glasses and intelligent computers. People wear functional clothes measuring their vital parameters and their brain activity. Everything is clean and perfect. In this futuristic scenario, suddenly you see a guy shouting at the phone, which is an old NOKIA 3310. “That’s strange” is what you would think.

People embrace progress and electronics for one single reason: they make their life easier and safer. Now, coming back in our present modernity, with all the devices and the technologies we wear on ourselves: is it not a little anachronistic that we are still smoking analogic cigarettes?

The funny thing is that the e cigarette exists. It works with a so-called e-liquid and it is available in many online shops as well as in physical ones. In this article you will learn why technology always wins over analogic, even when it comes to smoking.

You might have noticed that the world changed very fast in the last decades. The one of us over 50 might feel like having actually entered the future, after having experienced the great pace of progress going through the black and white screens, floppy discs, to get to the modern smartphones. A lot has happened since the first mass technologies like personal computers have been introduced.

Products are not the only thing that changed during the years. The way of consuming itself made a couple of U-turns. After having experienced scarcity, starting from the 50s people have progressively experienced a steadily growing hunger for new items. Things were not built to last, disposable things were trendy and useful, and nobody cared about waste or resources.

In the last few years that changed radically. Young people started to care about the environment and the imprint we will leave on our planet. As a result, we live in a more sustainable way, or at least, we are going in that direction. This means choosing devices that last longer, using pottery instead of one-way plastic plates when we invite people over, and reducing our waste overall.

Cigarettes are not immune to this new lifestyle. Smokers nowadays do not just throw their cigarette butts on the ground. They look for the first trash can available, or they switch to e-cigarettes. As it is often the case with new technologies, they are less impactful on the environment than their predecessors. In fact, cigarettes with e-liquid do not have a disposable part and are overall more environmentally friendly than normal cigarettes.

History is full of such cases. Something is discovered and seems to have no collateral effects, until someone find them out. It happened with medicines, with cleaning products, with food and also with cigarettes.

There was a time when smoking was not considered unhealthy. Consequently, people used to smoke everywhere: not only in bars and cafés, but also in cinemas, shops and trains. Passive smoking was not a concept, so it was nothing strange to see people smoking a cigarette just next to a child or vulnerable categories.

In the 1964 for the first time, studies were published that connected smoking to lung cancer and other diseases. We are talking about a relatively recent time if you think that tobacco consumption started already in the 18th century.

Today we know that tobacco is not good for our health. Although people have still the habit of smoking, they are generally much more mindful about the long-term effects it has on themselves and on others.

Technology comes to our help once again. E-cigarettes are still not healthy, but much less harmful than normal ones. It has been found out, that there are over 200 chemicals contained in tobacco. During the combustion provoked by inhaling the cigarette, they are released impacting our body. E-liquids used for electronic cigarettes have a restrained overview of chemicals, making this habit overall less harmful than with analogic cigarettes.

Considering all the factors mentioned in last paragraph, vaping is less unhealthy than smoking, as it is also stated in several medical websites.

Technology is not only unavoidable, but also desirable in many areas of our life. This trend interests even the act of smoking, which now can be replaced by a more sustainable, less harmful and less unhealthy variant with electronic cigarettes.

If you think it is time for you to embrace the future, you can buy your new e-cigarette along with all you need to make the switch even online. For example, at the famous retailer Terpy, that offers a huge variety of e-liquids and different types of e-cigarettes to choose from.