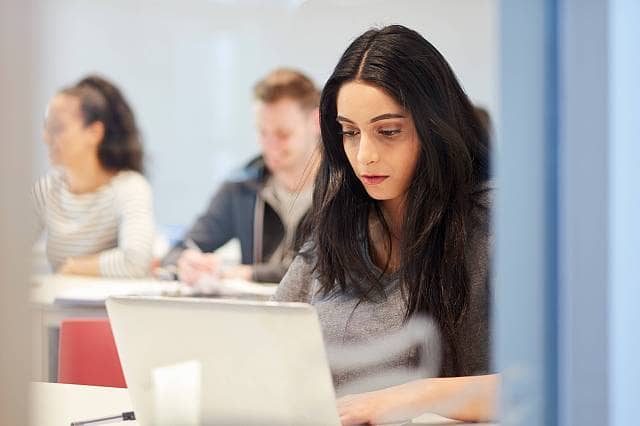 As more and more educational opportunities present themselves to Londoners and those all across the UK, choosing the right pathway in any one circumstance can be challenging. Most are familiar with traditional forms of education available in their local neighborhoods, including university and vocational training.

Other forms of education, however, are making it more difficult to choose which education course is the right one for a given career. Online university and educational opportunities are becoming increasingly common, as are study-and-work-abroad opportunities in many cases. Others choose to attend university abroad, exposing themselves to new and valuable cultural dynamics in the pursuit of being better-rounded people.

With a world that is more connected than ever, leaving everything behind to study halfway across the world has never been easier. Study abroad programs are increasingly appealing because of this and the unique learning environments they provide, but where exactly are the UK’s most ambitious students heading for these opportunities?

As it turns out, there are several common destinations that provide everything a student could need.

Long known as one of the biggest economic hubs in the world, China is increasingly becoming a popular destination for those pursuing careers through advanced education. Due to a variety of educational and national reforms, most young Chinese residents now speak English, making it an attractive destination for those seeking a unique perspective (but who still want to effectively communicate).

One of the most commonly-sought destinations for those earning business degrees, China offers access to employment with some of the largest multinational corporations in the world. Everybody does business with China, so it isn’t particularly surprising that more and more UK students enrolling in business school and beyond are seeking opportunities here.

Through platforms like www.educations.com who enable students in more than 210 countries to find an education program, study abroad opportunities can easily be found in China. Whether the focus is pursuing business degrees, teaching degrees, or an entirely different subject, there are many reasons why UK students are heading here. As alluded to earlier, there is a huge demand for English instructors in China: many native English speakers find part- or full-time jobs tutoring Chinese students, making it a doubly-effective locale for education.

Some students want to get as far from home as possible, but don’t want to feel completely foreign when pursuing their education. This is one of the biggest reasons why so many Londoners are pursuing study abroad classes in Australia.

One of the more popular foreign destinations for students, Australia offers plenty of amenities that remind students of home but possesses a unique culture and learning experience not found elsewhere.

All too often, the Southern Hemisphere isn’t considered by those travelling or seeking employment and educational opportunities. However, Australia is arguably one of the best places in the hemisphere for students to meet new people, learn about new customs (Australia has a large foreign community) and still enjoy many of the same cultural and societal boundaries with which they’re accustomed.

With many English speakers in India, those without immense foreign language skills won’t feel too out of place navigating local neighborhoods and universities. Through the EU’s Erasmus program, thousands of UK students have embarked on study-abroad sessions in India every year, making it arguably the second or third most-popular destination for travelling students.

Much like China and even despite past colonial presence, English tutors are a commonly-sought commodity by many Indian families who want to ensure their children have a competitive advantage in school and in the workforce. As such, those who seek to study abroad here – but who might not have enough funds to justify it without employment – definitely have opportunities to earn some income while studying.

While formal study abroad programs exist to help facilitate the connection of students with housing, families and universities, independently of that, the US is the top destination for British college students seeking education abroad.

More similar than many other destinations – yet still offering a wide variety of cultural experiences – the United States has long been seen as offering some of the best universities in the world. As such, it is not surprising that many students apply for admission and ultimately travel to the country for study.

The most common destinations for studying abroad in the US are New York and California, with a handful of New England states also attracting students due to their top-tier schools. However, thousands of UK students travel to and enroll in universities throughout the entirety of the country, with many even offering UK expat student clubs due to the sheer number of UK students on campus.

Relatively close to home, yet providing a totally new opportunity for life, Spain is a common destination for the UK’s ambitious students seeking to study in new environments. While most students pursue studies in Barcelona or Madrid, the Spanish countryside is filled with small universities and villages where a more unique experience can be had. Many pursue education in Spain due to the opportunities for learning a new, widely-used language. Whether students are pursuing an education in business, finance, education, or something entirely different, the connections and knowledge gleaned from a Spanish study-abroad experience are invaluable.

Even with the changes following the UK’s departure from the EU, student visas are not needed for UK residents. However, this may change in the future, so it is important that those seeking a Spanish study-abroad program carefully evaluate the situation before committing. For those who have already made the trek and begun their studies, however, Spain seems like a frontier with limitless potential for progress throughout the European job market.

Arguably the second most popular study abroad destination for UK students in the Southern Hemisphere, South Africa has one of the most interesting and unique cultures anywhere. Students wanting to explore an intriguing mixture of traditional African influences along with British and European elements will easily find themselves at home here – and do.

Boasting a “slower” way of life, those who have learned to rush everywhere and be on time for everything might find themselves out-of-step with the climate. Nevertheless, thousands of UK students head to college in South Africa and on various study-abroad programs every year. This can be a great opportunity to learn how different cultures and customs can have something to offer everybody.

While the country is quite wealthy (as is many segments of Africa), students will have an up-close and personal opportunity to learn about issues such as income inequality and caste systems, since both are quite abundant in this country.

These six nations are among the most popular study-abroad destinations for UK residents, but by no means are they an exhaustive list. At any given point, there are UK students pursuing education in almost every nation on the planet – and each of them have various
reasons for doing so. Anybody who is searching for educational opportunities on an international scale should give great thought into what motivates them to do so, what they wish to learn, and how they wish to be involved as a global citizen for the long-term.