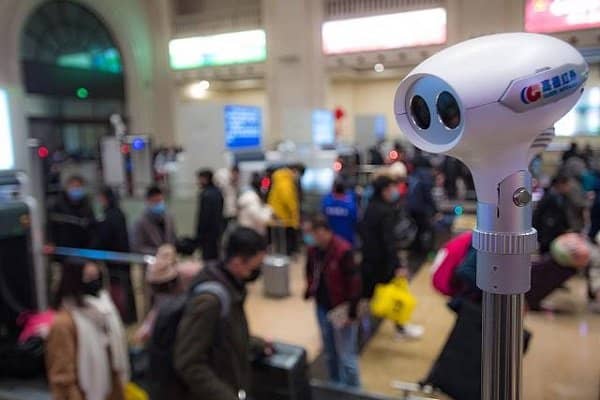 A leaked document has revealed that up to 80% of Britons could be at risk of being infected with coronavirus, the government has said.

A document from the National Security Communications Team, seen by the Sun newspaper, suggests 80% of people could be contaminated with coronavirus, meaning more than 50m cases in the UK and 500,000 deaths, “in worst case scenario.”

They further warned, “the current planning assumption is that 2 to 3% of symptomatic cases will result in a ­fatality.”

The figures are in a “sensitive” government document which is entitled, “Covid-19 Reasonable Worst Case Scenario.”

The document predicts infection rates will snowball for two to three months once coronavirus starts spreading.

Chief medical officer Professor Chris Whitty said on Tuesday whole families could be told to self-isolate during a serious outbreak.

He said, “There’s no secret there’s a variety of things you need to look at, like school closures.”

He added, “We might want to look at things like should people stay at home with their families in that situation.

“It’s one of the things we would want to think about.”

PHE said these tests will be done to see if the disease has spread across the UK, anyone who attends hospital with a sever chest infection will be immediately tested for the virus.

Dr Catherine Calderwood, chief medical officer for Scotland, told BBC Radio 5Live the risk in the UK “remains low” but, there will inevitably be more cases.

Dr Calderwood said, 50 to 80% could be infected if the UK has a “pandemic” with a fatality rate of around one to two per cent.

“We haven’t had many cases in the UK as yet and we’re still waiting and watching.”

However, Prof Paul Cosford, Director for Health Protection said on Good Morning Britain this morning, “The country, the NHS and the government is preparing for a range of scenarios and worst case has to be one.

“We’re an awfully long way from that and it’s difficult to know what will happen but we need to prepare as best we are able.”

Previously, scientist Professor Ferguson of the school of Public Health England at Imperial College London who is leading the fight against coronavirus in the UK, told Channel 4 in an interview, “this is the virus I fear the most.”

Earlier this month Professor Ferguson said, its “not absurd” to predict 400,000 deaths could happen in the UK.

Bowls of water, morning sun and other crazy ways to reduce your fuel costs amid the cost of living crises

While fuel prices might not (currently) be at an all time peak, the cost …

If the UK does enter a recession then...

A national survey commissioned by global provider of workforce and advisory solutions, Resource Solutions, has revealed a divide in sentiment towards end-of-year work parties among the UK workforce. …