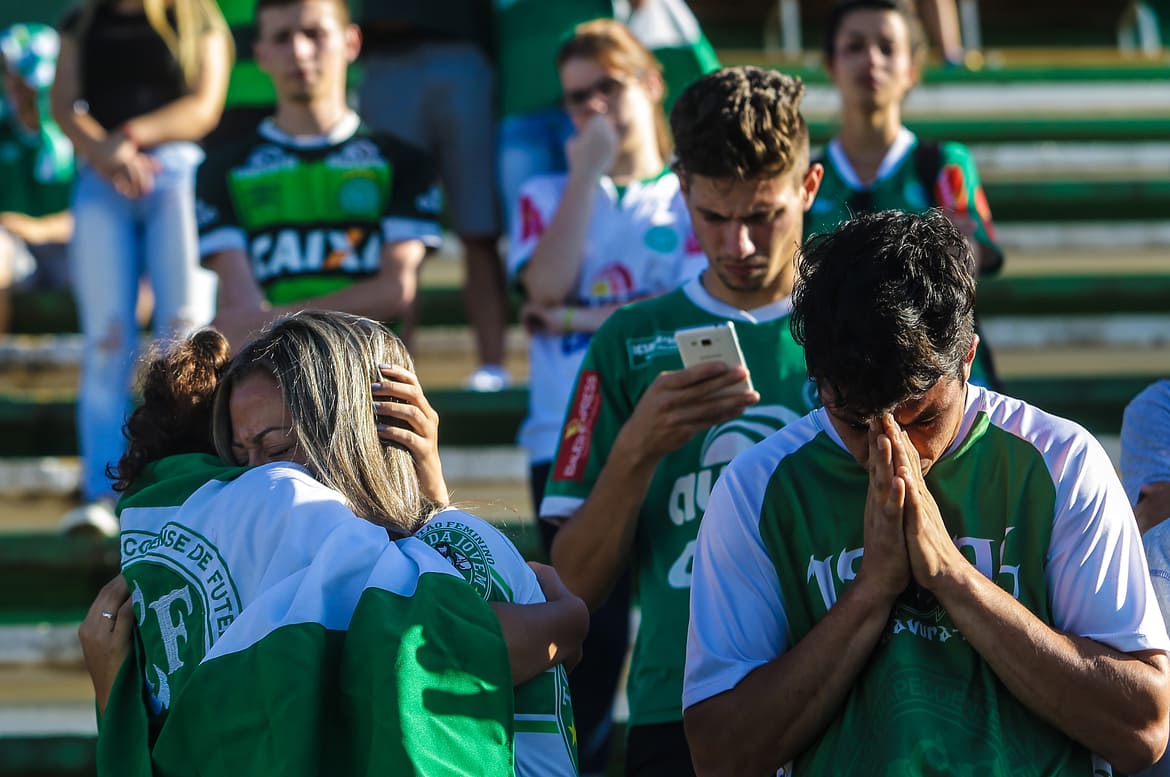 The latest on the plane crash in Colombia

Thousands of people in Chapeco in Brazil came together to hold a mass vigil for the victims of a plane crash, which included most of the city’s football team.

A service was held in the city’s cathedral. Fans also walked from the town centre to the stadium where they sang and prayed.

The Chapecoense team was flying to Colombia for its biggest match yet when their plane went down shortly before landing in Medelin, late on Monday.

Only six of the 77 people on board survived, three of the six survivors are footballers, Defender Alan Ruschel, Defender Helio Zampier Neto and Reserve goalkeeper Jakson Follman.

It is not yet known exactly what brought down the aircraft, some unconfirmed reports suggested an electrical fault whereas others have said the plane was low on fuel, both of the plane’s flight recorders have been recovered.

Brazil has begun three days of official mourning; minute silences have been held in football grounds around the world.

Fans came together on Tuesday night in the teams green and white colours. They shouted “champions” and families of the players hugged one another on the pitch.

Daniel Marline, a fan of the team told the BBC: “It is really hard to speak. We always come to the games. We’d come to the stadium and sit right in the same spot,”

Brazilian doctors have flown out to Colombia to help identify the bodies, and arrange for them to be brought home.

As well as the football team, there was also 21 journalists on board the flight, including well known Brazilian commentator and ex- footballer Mario Sergio Pontes de Paiva.