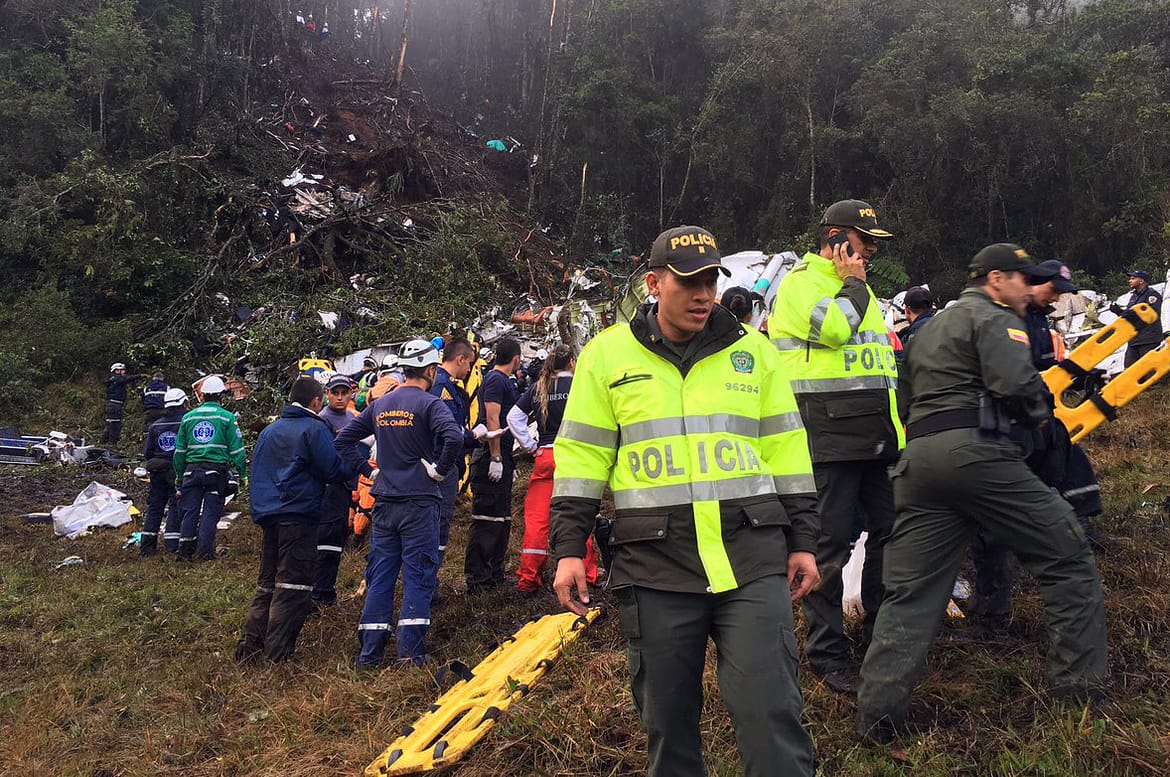 The latest on plane crash in Columbia

A plane carrying 81 people and Brazil’s football squad, Chapecoense football team, has crashed during its flight to the city of Medellin in Columbia.

Reports have said seven people were pulled alive from the plane but two have since died, including one of the team’s goal keepers. Two of the survivors were confirmed as Chapecoense defender Alan Ruschel and reserve goal keeper Jackson Follman.

The football team were getting ready to play in the final of the Copa Sudamericana, against Medellin team Atletico Nacional.

South America’s second most important club competition was set to begin on Wednesday but has now been suspended.

Chapecoense released a brief statement saying: “May God be with our athletes, officials, journalists and other guests travelling with our delegation.”

No further statements will be issued until the full extent of the crash has been assessed.

The British Aerospace 146 short-haul plane which is operated by Bolivian charter airline Lamia was carrying 72 passengers and nine crew when it crashed in Cerro Gordo shortly before midnight local time (05:00 GMT).

According to an airport press release, the plane was reporting an electrical problem to the control tower.

The teams vice-president, Ivan Tozzo, told cable channal SportTV: “There are a lot of people crying in our city, we could never imagine this. Chapecoense is the biggest reason for joy here.”