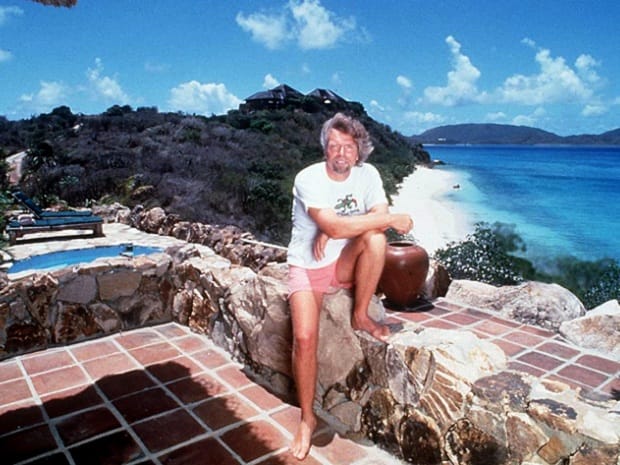 Sir Richard Branson has long been the poster-boy for British entrepreneurs, but the Virgin Boss revealed yesterday that he has shifted his tax base permanently to Necker Island, his £60m luxury Caribbean getaway.

However, he insisted that his decision to leave Britain is not to cut his tax bill.

“I have been very fortunate to accumulate so much wealth in my career, more than I need in my lifetime and would not live somewhere I don’t want to for tax reasons,” he wrote on his Virgin blog.

“I still work day and night, now focusing on not-for-profit ventures, but on Necker I can also look after my health. There is no better place to stay active and I can kitesurf, surf, play tennis, swim, do pilates and just play.”

As a non-resident, Branson can only spend between 46 and 183 days a year in the UK. He is required to pay tax on UK income but not on any personal earnings outside of Britain.

“Branson is damaging his personal brand,” said Alex Smith, a spokesman of UK Uncut, which campaigns for a greater tax contribution from corporations. “I don’t see any difference between him and a hedge fund manager.

“He is quite happy to take from this country but is not happy to give very much back. If he is so loaded he can afford to spend his time on charity work, why doesn’t he pay 50% tax?”