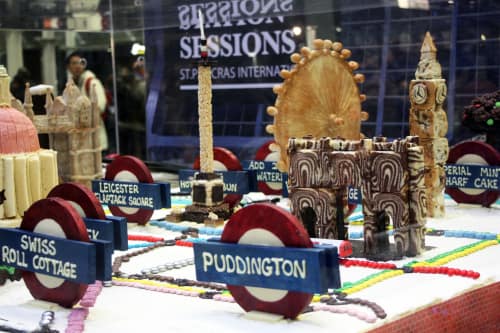 Remember back in 2011 how Oxford Circus Tube station was nearly renamed Oxford Landing after a wine brand offered a sponsorship deal?

Well back then, the deal fizzled out after a public outrage. But you might soon find youself jumping onto the Ben & Jerry’s Jubilee line from Burberry Bond Street station.

Why? Well, the Conservative group on the London Assembly has released a report calling for sponsored Tube stations or Tube lines to generate extra income.

The report suggests that the money could help allow fares to be frozen. In a poll carried out by the group, 74% of Londoners backed the move if it meant a reduction in fares.

Should we allow London landmarks to be renamed? Leave your comments below….

Will TfL let our London landmarks be renamed in a bid to make money?

Tories are like Hitler and Mussolini for backing Tube strike ban, say unions