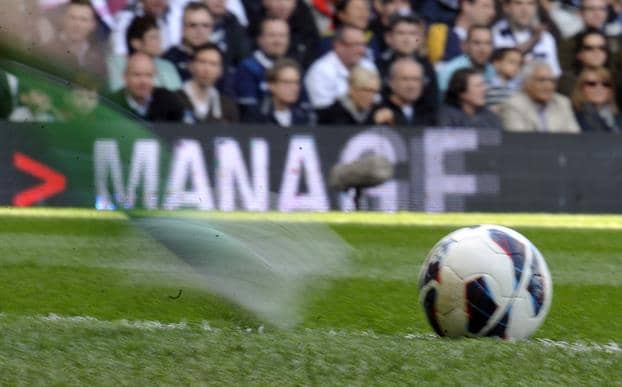 The coronavirus pandemic is still very much alive, and another football lockdown isn’t out of the question should a second wave of the virus strike. Still, even in spite of this uncertainty, this hasn’t stopped sportsbooks from securing their presence in major league sports.

In fact, huge betting firms have recently announced sponsorship deals with football clubs for the 2020/2021 season, including Betway, SBOTOP and W88.

Sponsoring football clubs is nothing new for Betway. The company has been prominent shirt sponsors and betting partners for football throughout Europe, including for the Premier League club West Ham United since 2015.

Betway has been a sponsor of La Liga clubs since 2018 and its latest Real Betis deal will only serve to grow its presence in the top professional football division of the Spanish football league system.

Premier League (PL) club Leeds United has announced that Isle of Man-based global sports betting firm SBOTOP will be their principal sponsor for the 2020/2021 season. Leeds described the sponsorship as “the largest commercial deal” in their history.

Sponsorships like this could help serve as a source for money recovery for a number of football clubs in the leagues, which have suffered a huge financial blow due to the COVID-19 pandemic.  It is estimated that the English Premier League, alone, will lose €1 billion (over £900 million) in 2020.

Although the length and value of the deal struck between Leeds and SBOTOP have not been disclosed, what is known, so far, is that the agreement will see the logo of the gambling company secure the front of the jersey. It will also be featured on the team’s training wear.

Asian betting brand W88 will replace ManBetX as the shirt sponsor for PL club Crystal Place for the 2020/2021 season. During the one-year deal, W88’s logo will be featured on the front of Palace’s home, away and third shirts.

Although the financial terms of the one-year deal have not been revealed, it’s likely that it was quite the impressive number considering the three-year deal Palace previously had with ManBetX was reportedly valued at £6.5 million a year.

That said, regardless of the deal price, the Palace and W88 partnership deal along with the Leeds and SBOTOP deal have occurred amid growing calls for increased restrictions to be placed on the gambling industry and its use of English football for advertising.

A call for betting shirt sponsorships to be banned

Beyond a call for increased regulations, betting shirt sponsorships could be banned in the future if the government decides to agree with the recommendations of a House of Lords Select Committee report.

The 192-page report, which was submitted by the cross-party committee in July, noted that this past season, half of Premier League clubs and 17 of 24 Championships clubs are sponsored by bookmakers. The report warned that further action needs to be taken to prevent gambling-related harm. The campaigners believe that betting has been normalised within football and can result in addiction. It is the committee’s recommendation that UK football and other sports should end shirt betting sponsorships in three years, completely phasing out these sponsorships by 2023.

It may be hard to imagine that such heavy restrictions that could lead to a full out ban would ever happen, due to the the current number of betting shirt sponsors in the PL and beyond. However, once upon a time, it wasn’t gambling firms that were king of football sponsorship deals. Among the biggest sponsors used to be beer companies until this generated moral questions about the promotion of alcohol to spectators and fans, especially young people.

As for betting sponsorships, even Premier League chief executive Richard Masters has previously stated that gambling is in need of stronger governance. Still, Masters also added that it is ultimately up to the individual clubs whether they want to form relationships with betting companies.

As it stands now, there is currently no end in sight for the present pandemic situation and pro football leagues have lost hundreds of millions of pounds this year. This being the case, it doesn’t seem likely that betting shirt sponsorships will end anytime soon considering the size of these multi-million pound deals.