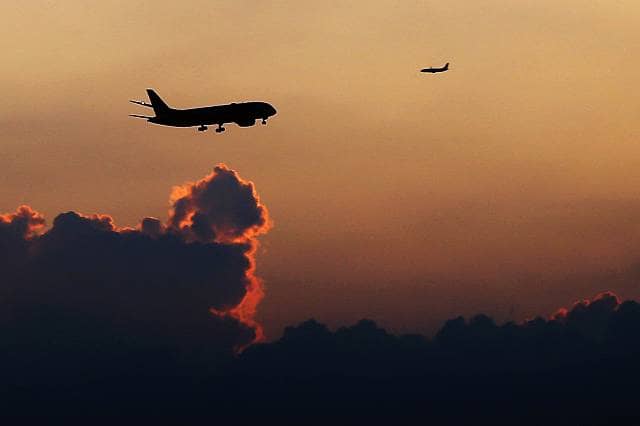 Leading law firm Bott and Co has issued court proceedings for 100,000 passengers who have been refused flight delay compensation by over 150 airlines. The business has helped more than 420,000 passengers, since the department was founded six years ago.

Bott and Co has a success rate of over 90% for all court proceedings, highlighting a real need for airlines to stop turning a blind eye to passengers and the law. Millions of people across the country have been affected by delays or cancellations but many are still unaware of the fact that they can claim for flights going back up to six years.

The South Manchester-based firm is responsible for bringing the most high-profile EU flight delay law cases (EU Regulation 261/2004) to the UK having taken two flight delay cases to the Supreme Court and won.

The Regulation means passengers who have suffered a flight cancellation or been delayed over three hours could be entitled to up to 600 Euros each in compensation, providing the cause was not an “extraordinary circumstance”. This Regulation covers flights departing the UK or arriving back into the UK on an EU airline.

Coby Benson, Flight Delay Compensation Solicitor at Bott and Co, played a vital role in establishing the regulation in the UK after he was affected by a delayed flight on the way home to Manchester in 2011. Like many, Mr Benson was ignored by the airline, even when he wrote to them as a solicitor.

His experience in claiming drove Benson, who worked at Bott and Co, to realise that other passengers must also be unaware of their rights and that Bott and Co could help raise awareness of those rights.

Benson said, “Our latest figures show that the airlines have ignored or said ‘no’ to passengers on 100,000 occasions. We frequently handle calls from stressed passengers complaining of mistreatment and we see the airlines routinely fobbing passengers off with lies and mixed messages in a bid to avoid or delay payment.

“Our success rate of winning these cases for passengers shows airlines are not accepting responsibility in the fair treatment of passengers. They are simply not abiding by the law.”

David Mason from Wales is just one of the thousands to have been messed about by a major airline. He and his wife had spent years saving up to take their disabled son Leon on a holiday of a lifetime to Disneyland Orlando, Florida. Their TUI flight home was delayed after it was forced to make a U-turn due to a technical fault and they were left to sleep on an airport floor.

They contacted the airline numerous times citing the regulation but when his plight fell on deaf ears, he turned to solicitors to fight his corner. Bott and Co issued court proceedings against TUI and the family finally received £1,500 in compensation.

Mason said, “Not understanding the law thoroughly myself, I was happy to have someone to deal with the claim on my behalf after reaching a brick wall! It put me at ease knowing they were there and helping me by issuing court proceedings on my behalf”

Benson added, “We’d advise passengers to look further and question the validity of an airlines’ response when monetary compensation has been refused. We’ve got the time, resources and legal knowledge to take airlines to task.

“Airlines are aware of their obligations and there would be no need for solicitor intervention if the airlines adhered to the law. In the meantime, we remain passionate about fighting the airlines on behalf of aggrieved passengers.”

The firm continues to invest heavily in major cases against some of the world’s biggest airlines in a bid to force transparency from the airlines and to secure passengers with the compensation which is rightfully theirs.