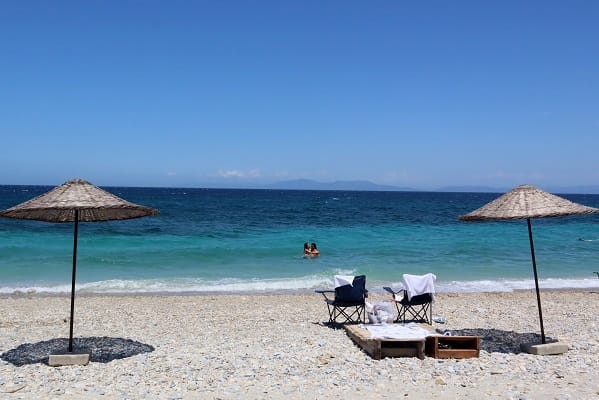 The Health Secretary, Matt Hancock has given a glimmer of hope for holidaymakers as in the next few weeks, as more evidence on how vaccines work against variants will be known.

Speaking to ITV’s This Morning Hancock said the “biggest problem” was from variants.

He added, “We’re also working on a new vaccine that we might have to roll out in the autumn to give people a third dose that will deal with this problem. So we’re working on that now.”

He was asked if current vaccines will work against the South African and Brazilian variants, Hancock said, “We’re not yet sure, but we’re doing the science in Porton Down, and watching very closely, and if that all goes well, then we haven’t got a problem and then we’ll be much more relaxed about international travel. We will know more over the next few weeks.”

Hancock also revealed that people might have to have a third vaccine which would allow international travel.

He said, “So we are also working on a new vaccine that we might have to role out in the autumn to give people a third dose, to deal with this problem.

“We’re working on that now.”

He said that he has a “lot of sympathy” for the travel industry.

He added, “We all want to get that going as soon as possible but the most important thing is to protect the recovery here at home, so people can see their loved ones and don’t have to go into lockdown again.

“We may get to a position where if you’ve had your jab, then other countries will say ‘you’ve got to have the jab to come in’.

“And so we’ll make sure everybody can do that…”

Currently overseas holidays are banned for Brits to leave England, and the government’s global travel taskforce are set to make reccomendations as how holidays can resume in April.

On Sunday senior government officials have warned that foreign holidays are very unlikely to be allowed until August.

On the 12 April the government are to review when foreign holidays can resume, and officials have warned that they will not be recommending for this to happen until later in the year.

The Prime Minister has previously said that by 17 May foreign holidays could restart as the earliest possible date.

A senior government official told the Sunday Times, that 17 May for restarting international leisure is now looking “very optimistic” and “August is looking like the most likely moment.”