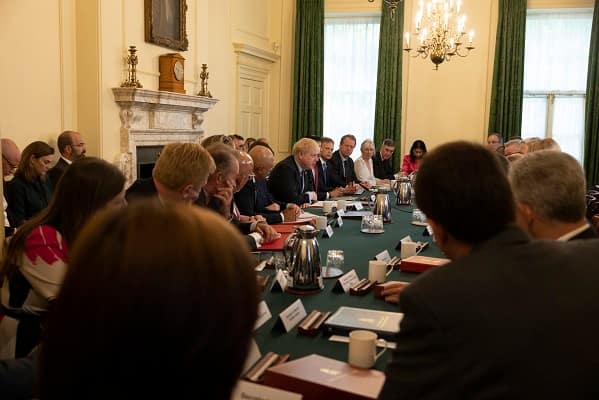 It has been reported that Boris Johnson has told friends that he is “not going anywhere” and he will remain in Downing Street as the Prime Minister.

Labour has called for a “snap election” to which Boris Johnson has branded this as “nonsense,” he added, “I’m going to smash on and deliver for the people who gave us a massive mandate.”

“Everyone just needs to calm down, stop bickering and let us get on with the job in hand.”

Conservative MPs are quitting faster than Johnson can replace them and he is seriously risking taking the government “down with him.”

The former Brexit negotiator David Frost has joined the ranks of senior Conservative MPs demanding that Johnson quits as the Prime Minister without delay.

In a piece for The Daily Telegraph, Lord Frost said Johnson is risking to take the Conservative Party and the government “down with him” if he doesn’t resign now.

He said that if Johnson quits now this would secure his place as “one of the past century’s most consequential Prime Ministers.”

Lord Frost added, “If he leaves now, before chaos descends, that reputation is what will be remembered.

“If he hangs on, he risks taking the party and the government down with him.”