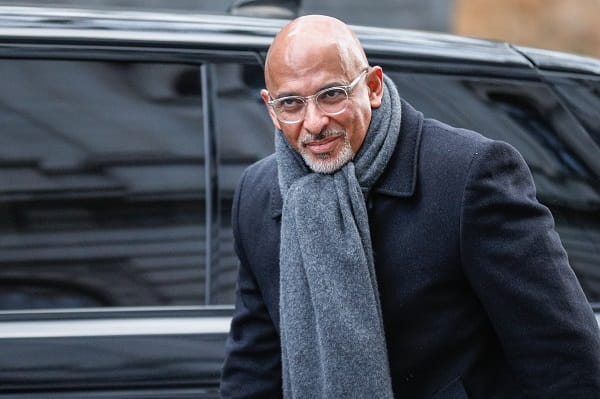 A former head of the civil service. Lord Bob Kerslake has said that Nadhim Zahawi is in a “pretty perilous position.”

The SNP’s leader in Westminster Stephen Flynn has said that Rishi Sunak is “scared to make a decision” over sacking Zahawi and that the Prime Minister should “grasp the thistle and get Nadhim Zahawi gone.”

Flynn said that Sunak had promised there will be “professionalism, integrity and accountability” when “he came into office.”

Flynn told Sky News, “And what we’ve seen in his short time is the Gavin Williamson scandal, the situation with Dominic Raab and the allegations made about him, the chaos with the home secretary being a threat to national security, but then getting her job back.

“And now, of course, we see the situation where the chair of the Conservative Party, a former chancellor, and his bizarre tax affairs.

“I think we need clarity immediately from Nadhim Zahawi in relation to that.

“But in the meantime, Rishi Sunak needs to grasp the thistle and get the Nadhim Zahawi gone.”

He was asked if the investigation by the government’s ethics adviser will bring this matter to a close, he said, “This is kicking it into the long grass from Rishi Sunak.

Lord Kerslake told the broadcaster, “I think that Nadhim Zahawi is in a pretty perilous position at the moment, I think there are three big issues, each one of which would justify his resignation.

“Firstly, timing – how did it take so long to sort this issue and was it right for it to be sorted when he was chancellor of the Exchequer?

“And then thirdly, honesty with the public – when this story first emerged back in July, he denied there was any issue here at all and said it was a smear.

“So there’s quite a lot of questions to be answered here. And as I say, I think his position is pretty perilous.”