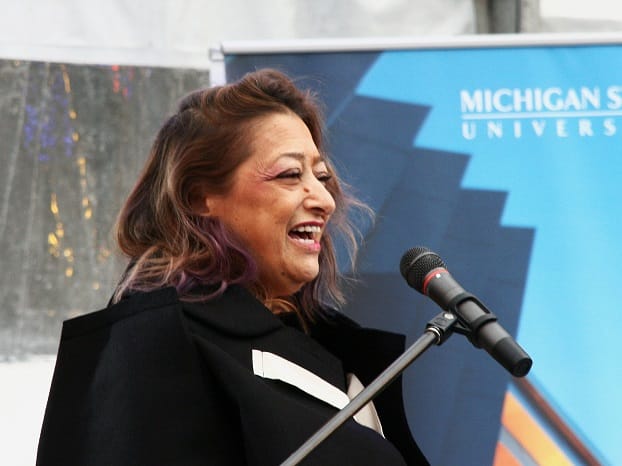 Architect Dame Zaha Hadid has died from a heart attack in Miami.

This year, she was the first woman to receive the Royal Institute of British Architects Gold Medal in recognition of her work.

Born in Iraq, Hadid has designed the London Olympic Aquatic Centre, the Riverside Museum in Scotland and the Guangzhou Opera House among other notable buildings.

A statement said: “It is with great sadness that Zaha Hadid Architects have confirmed that Dame Zaha Hadid, DBE died suddenly in Miami in the early hours of this morning.

“She had contracted bronchitis earlier this week and suffered a sudden heart attack while being treated in hospital.”

London Mayor Boris Johnson paid his tributes and tweeted: “So sad to hear of death of Zaha Hadid, she was an inspiration and her legacy lives on in wonderful buildings in Stratford & around the world.”