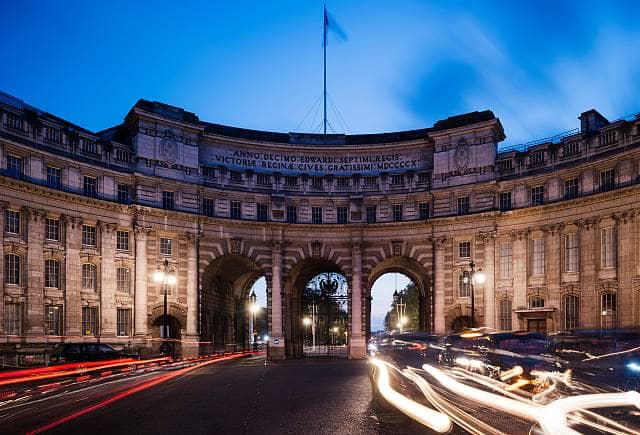 When will London’s hotel market reach saturation? While there’s no shortage of accommodations throughout the city, right now London hotel owners, including major franchises, are turning to luxury properties to expand their holdings. By diversifying their properties while continuing to populate a limited area, hotel companies have found a way to increase the available rooms in a limited area without creating excess competition among their own flagged properties.

In order to understand London’s hotel growth, it helps to understand that the city is an enormously profitable place to be. According to Marriott’s May earnings call, London RevPAR was up 4% year-over-year, a solid growth rate despite all of the issues surrounding Brexit. And Marriott is hardly alone in trying to leverage London’s popularity. Hilton is partnering with Dominvs Group to build four new London hotels. These include St. Paul’s Creed Court Hotel, an upper upscale property with preserved historical architecture, as well as two centrally located Hamptons under different segments of the Hilton brand.

In addition to capitalizing on London’s overall profitability, major hotel brands are opening up new properties in the city as a means of balancing the market. Within the flagged hotel sector, hotels are classified by their daily rate into categories from economy to luxury, and, as Assets America so astutely explains, it’s harder to secure hotel construction financing to place a new hotel near another in the same category – especially under the same flag. You don’t want to crowd an area with economy hotels that are going to compete with each other, but opening a midscale option by the same brand nearby may help up-shift some reservations for increased profits. That kind of subtle rate creep, as well as marketing a higher end experience, both balances market options and steadily drives up revenues.

The power of the name

Another key element that allows companies to push new luxury brands into a crowded market like London is simple name recognition. For example, most people recognize the Hilton name and can clearly differentiate it from something like a Ritz-Carlton or a Waldorf. So while the forthcoming St. Paul’s Creed Court project will be an upper upscale property, because it will be housed under the Hilton name, it likely will be viewed differently than the Waldorf that’s set to open in the old Admiralty Arch. Waldorf simply has a higher profile in the luxury market than Hilton – but that just means even their higher-end properties are unlikely to compete with each other. That’s good news from a market saturation standpoint.

As London’s luxury market continues to expand, even smaller brands are making strategic moves to enhance their investments. Queensgate Investments recently took over four of Grange Hotels’ upscale properties, partnering with Fattal Hotel Group for their operation. Though Grange has historically focused on upscale properties, the company is now undergoing restructuring, while Queensgate acquired Courtyard by Marriott last year, placing it in a strong strategic position.

In a big city like London, there will always be enormous demand for hotel accommodations, so those interested in this real estate segment shouldn’t stress about saturation. As long as hotel owners continue to diversify from an economic perspective, they’ll all command significant market share.