Home Business Insights & Advice Why do you need a VPN as an expat? 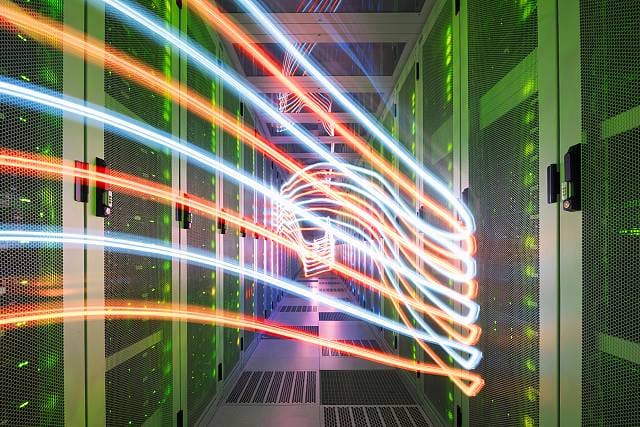 Why do you need a VPN as an expat?

VPNs are really good online tools – they secure your traffic and hide your IP address (among other things). While that sounds good, do you actually need a VPN as an expat? Can it somehow improve your online experience in particular?

Yes, we believe that using an expat VPN is a great idea. We’ll tell you why in this article. And don’t worry – we know that picking a VPN if you’re an expat can be tough, which is why we’ll offer you some tips and recommend some top VPNs too in case you decide to use one.

What can an expat VPN do for you?

Quite a lot of things – here are the main perks you’ll get to enjoy as an expat:

Kick back and relax with your shows back home

One of the main drawbacks of being an expat is that you can’t watch the movies and shows you used to enjoy back home due to geo-blocks. US expats deal with this issue the most – their favourite entertainment is often not available outside the US.

Well, a VPN solves that problem by hiding your IP address. Basically, it changes it to a new IP address – the VPN’s IP, to be exact. As long as that IP is from the country the content is available in, you’ll get to watch it.

So let’s say you want to unblock Supernatural on Netflix. That show is only available in the US (as far as we know). To watch it, you’d need to connect to a VPN server in the US. That way, Netflix would think you’re connecting to it from the US.

Get rid of hackers for good

Hackers love to take advantage of free public WiFi – particularly the fact that it’s not secure at all. It usually doesn’t encrypt your traffic, so cybercriminals can eavesdrop on it.

What’s more, many hackers are also skilled enough to take advantage of WiFi vulnerabilities to compromise your data.

That, and they can also create their own fake WiFi networks and trick your device into connecting to them.

All in all, using the Internet isn’t extremely safe – especially if you’re an expat handling online payments or corresponding with your family on the go using public WiFi.

But with a VPN, you don’t need to worry about that. It encrypts your traffic end-to-end, making sure nobody can spy on it. If they do, they’ll just see gibberish.

And yes, that means that even if you somehow accidentally connect to a fake network, the hackers running it won’t be able to steal your data.

Some VPNs have built-in ad blockers that can stop annoying ads from popping up everywhere. In turn, that speeds up your web browser. Of course, VPN ad blockers can’t get rid of all ads – so you should also use uBlock Origin.

But VPN ad blockers can also block malicious sites. That way, cybercriminals can’t try to use phishing and MITM attacks to redirect your connections to fake sites that steal your data.

Many ISPs slow down users’ speeds when they go over a certain data limit – or if they just notice that they’re consuming too much data (even if they have unlimited data plans).

In a way, that’s understandable. But it’s also easy to start eating up too much data when you game or binge shows for hours on end over the weekend or at night.

If you notice that your speeds are randomly becoming slower, you can use a VPN. It encrypts your traffic, so it hides it. That means your ISP can’t see what you’re doing online anymore. Without that data, they can’t selectively slow down your connections. Their only option is to slow down your entire web connection, which is unlikely to happen.

How to pick a good expat VPN

With hundreds of VPNs out there, it’s definitely not easy to pick a really good one. We know how frustrating that is, so we’ll try to make things easy for you by listing a few must-have features you should check when browsing VPNs:

What are the best expat VPNs?

Based on our research and tests, we think that these VPNs are excellent options:

Do you use expat VPNs?

If yes, what do you use them for? And if no, what’s stopping you from using one? Please share your opinions with us in the comments. And don’t forget to recommend your favourite expat VPNs too!