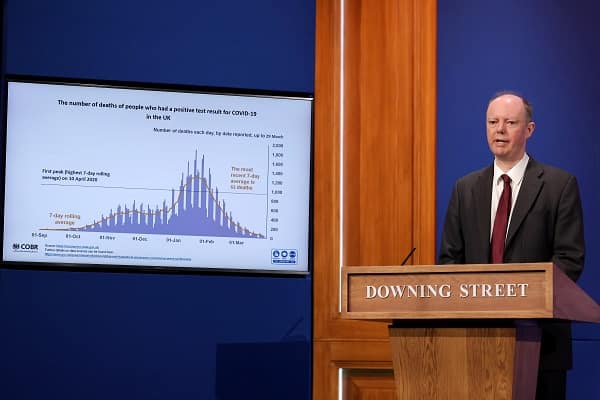 England’s chief medical officer, Chris Whitty has said England must “keep an eye” on the virus that has ravaged India as it is taking hold in parts of the country.

The chief medical officer admitted that he does not know if the Indian double mutant variant could create “significant problems” in the autumn.

Speaking at a Downing Street press conference over the emergence of the different mutant strains he said, “Most of them are currently relatively stable and not increasing at a great rate, the one that is slightly concerning in terms of increasing as a proportion is the variant which has been described from India.

“That does appear to be increasing but from very low levels over the last two weeks.”

PHE are trying to attempt to control the spread of the new strain and three sub types pf the “double variant” has doubled to 520 cases this last week compared to 202 the week before.

PHE have labelled the strain B.1617.2 as a “variant of concern” as indications show that this variant is more “transmissible.”