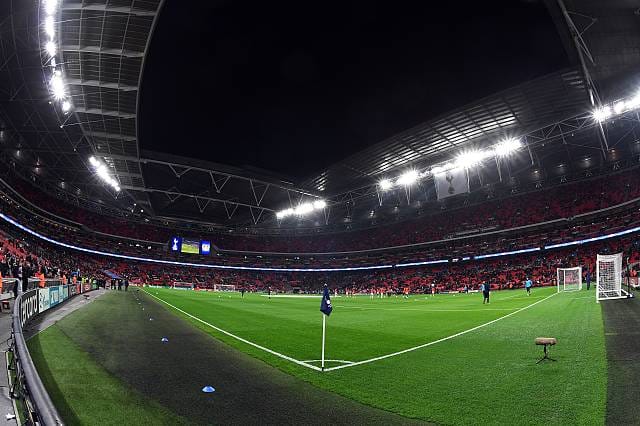 The FA is to have high level security talks with the Metropolitan Police for the England match at Wembley Stadium this weekend following yesterday’s terror attack.

The World cup qualifier against Lithuania have sold more than 80,000 tickets. A spokesman for the Metropolitan police said: “An appropriate policing plan will be in place.  The security threat level remains at severe.  We routinely talk to all partners ahead of any event and, as always, would encourage those attending to be aware of their surroundings and be vigilant.”

The FA will hold intense meetings today with the Metropolitan police. There will also be a minute’s silence before kick-off.

“A message to London, our city. Stay strong. Stay safe. Stay together.”

Gareth Southgate, England Manager said last night: “Our immediate thoughts are with the families of those involved. The plan is to have some tributes on Sunday. One of the important traits for us as a nation is that we carry in moments like this and are not defeated by things like that.”