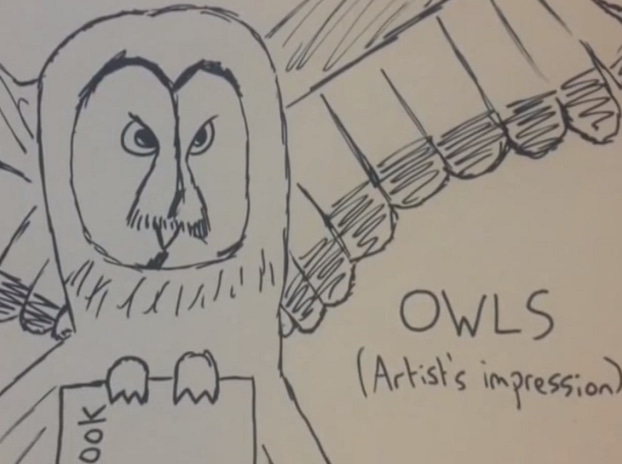 Waterstones "will use owls to deliver books", winging ahead of Amazon's drones

If you were impressed by Amazon’s announcement yesterday that it plans to deliver items within 30 minutes using drones in the not-too-distant future, then here’s some news that’s really worth getting in a flap about.

It’s been less than 24 hours since Jeff Bezos told the world about his cunning plan, but the idea has already taken flight with one bastion of British business: Waterstones, which this morning released a definitely serious video telling us it would be using owls to deliver books.

Now, it might seem like the Waterstones logistics team are winging it a bit with their flight-of-fantasy concept, but bear with them. They’re realistic, for a start, conceding that using owls to deliver books will “take a number of years, because it takes ages to train owls to do anything, and we only just thought of it this morning”.

Owls will make their drop-offs “individually or as part of an adorable team,” Jon Owls, Waterstones’ press manager, tells us in a video that is sure to see him rise up the pecking order of publishing communications, since the video has received almost 19,000 views since going live on YouTube less than a day ago.

Well done, Waterstones – good to see a traditional retailer beak, sorry, beat off competition from newer players in the market.

Watch the video below, or view it here on mobile.

Follow me @LondonlovesBiz and @sophiehobson. Try our free daily newsletter