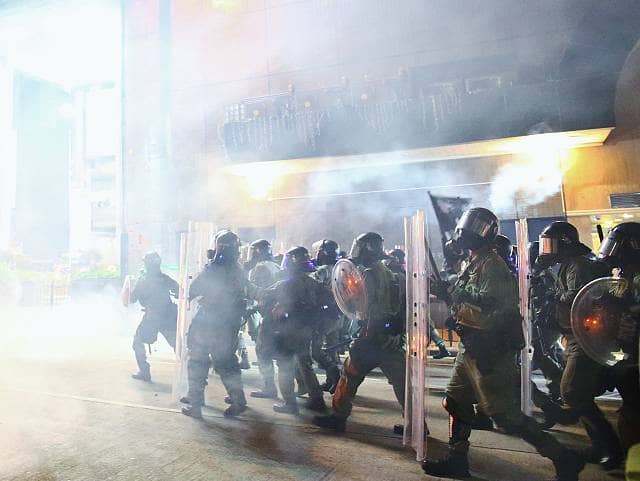 Videos have been emerging on social media showing a mass presence of Chinese military in north Hong Kong and Chinese state media said the Chinese PLA are “getting tanks ready” in a major “drill.”

Overwhelming the number of military cars entering the city of #Shenzhen next to the boarder with #HongKong. #HongKongProtests #China #Democracy pic.twitter.com/jxRwcKrgPU

The Chinese military, believing in the intel and these videos, have set in place a comprehensive military operation targeting the situation in #HongKong. #HongKongProtests #China #Democracy https://t.co/QWFM11XYKC

Hong Kong has seen a dramatic escalation over the last 10-weeks seeing tens of thousand’s protestors take to the streets and have closed Hong Kong airport the last two days.