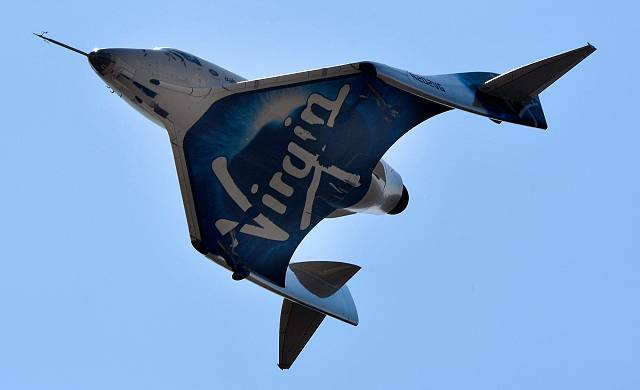 Sir Richard has agreed to sell a 49% stake to A special-purpose acquisition firm, Social Capital Hedosophia Holdings who are listed on the New York Stock Exchange.

Former Facebook executive Chamath Palihapitiya, will pay $1.3bn for the 49% stake with $1bn of shares to be valued at $10 each and will also give around $300m in cash.

Hello, Earth 🌎. Footage from the boom of SpaceShipTwo pic.twitter.com/i6jdsjrRRB

Palihapitiya said, “We are confident that Virgin Galactic is light years ahead of the competition.

“It is backed by an exciting business model and an uncompromising commitment to safety and customer satisfaction. I cannot wait to take my first trip to space and become an astronaut.”

Sir Richard said, “We can open space to more investors and in doing so, open space to thousands of new astronauts. We are at the dawn of a new space age, with huge potential to improve and sustain life on Earth.

More than 600 tourist astronauts across 60 countries have paid a whopping $80m thus far to secure their seat into space next year.

Flights cost $250,000 per person for a 90 minute flight where the new astronauts will experience seeing the earth from space, its curvature and weightlessness.

Virgin Galactic signs a deal with Rolls-Royce to build supersonic...