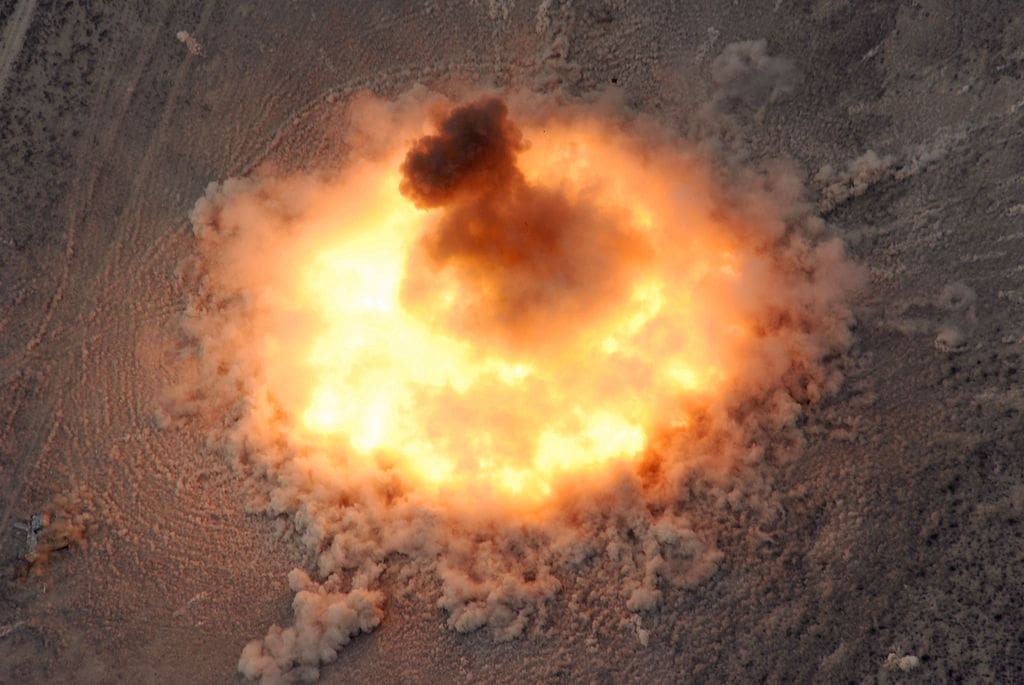 US military drops ‘mother of all bombs’ in Afghanistan

Wednesday the US military said they dropped the “mother of all bombs” in a cave complex in Afghanistan targeting ISIS.

Adam Stump a Pentagon spokesman said Wednesday that it was the first time the Massive Ordnance Ait Blast Bomb (MOAB) has been used in combat and was dropped from a MC-130 aircraft.

The MOAB or GBU-43 contains 11 tonnes of explosives and is the largest non-nuclear bomb the US military has and is 30 feet (9m) in length.

Source: US Dept of Defence

Stump said the MOAB was dropped in the Achin district of Nangarhar province close to the Pakistan border.

Sean Spicer the White House press secretary said: “We targeted a system of tunnels and caves that ISIS fighters use to move around freely, making it easier for them to target US military advisers and Afghan forces in the area.”

Commander of US forces in Afghanistan, Gen John Nicholson said the jihadist group’s “losses have mounted, they are using IEDs, bunkers and tunnels to thicken their defence.”

“This is the right munition to reduce these obstacles and maintain the momentum of our offensive.”