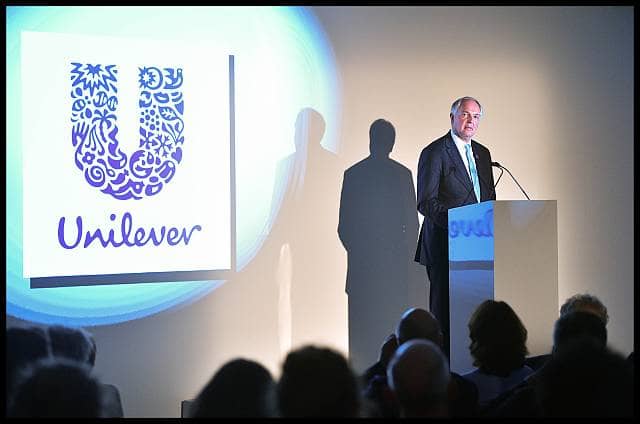 Chief marketing officer to share the mesage in California today

Consumer goods giant Unilever is threatening to pull its advertising from online platforms such as Google and Facebook if the tech giants allow their platforms to “breed division”, promote anger or hate, or fail to protect children.

He has already met with digital partners — including Facebook, Google, Twitter, Snap and Amazon— to stress that the maker of Dove, Marmite and Ben & Jerry’s ice cream does “not want to advertise on platforms which do not make a positive contribution to society”.

Weed is expected to say: ‘Unilever will not invest in platforms or environments that do not protect our children or which create division in society, and promote anger or hate. We will prioritise investing only in responsible platforms that are committed to creating a positive impact in society…

‘Fake news, racism, sexism, terrorists spreading messages of hate, toxic content directed at children – parts of the internet we have ended up with is a million miles from where we thought it would take us. It is in the digital media industry’s interest to listen and act on this. Before viewers stop viewing, advertisers stop advertising and publishers stop publishing.’

According to Unilever’s research, trust in social media has hit a new low and has also stated that while 2017 was the year of mobile video and voice, 2018 will either be the “year of trust” or the “year of techlash”, where the world will turn on tech giants.