Home Business News Ukrainians told to evacuate a city ‘due to threat to life’ and ‘People are being electrocuted, beaten, and held for weeks’ in Enerhodar 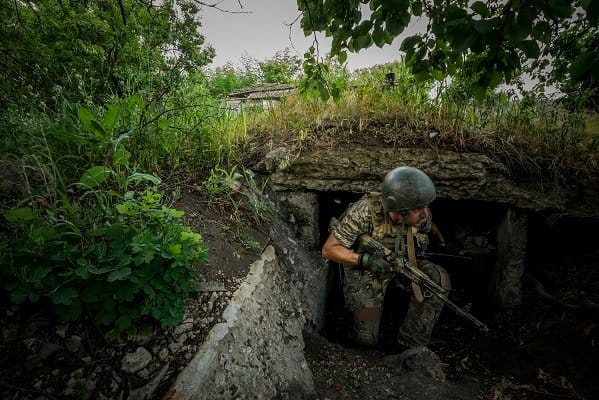 Ukrainians told to evacuate a city ‘due to threat to life’ and ‘People are being electrocuted, beaten, and held for weeks’ in Enerhodar

The eastern city of Lysychansk is under a “catastrophic” attack by Russian forces and Ukrainian residents have been told to evacuate.

Serhiy Gaidai, the governor of the Luhansk region wrote on Telegram, “Dear residents of Lysychansk city territorial community and their relatives!

“Due to the real threat to life and health, we call on you to evacuate urgently.” He added, “The situation in the city is very difficult.”

He also warned on Monday morning the city of Lysychansk is suffering “catastrophic” damage from Russian shelling.

Over the weekend Russian troops captured nearby Severodonetsk and have now moved on to the city of Lysychansk.

The BBC reported that around 100,000 people lived in the city of Lysychansk and now around 8,000 are left there following the invasion which is the last major city in the Luhansk region still being held by Ukrainian troops.

The momentum is now, thus far going in Russia’s direction and Sir Richard Barrons, a former head of Joint Forces Command, told Sky News, “I think in the short term that is so.

“Russia will feel it’s sitting on now just a bit less than a quarter of Ukraine.

“It knows that Ukraine does not have the military capability to throw them out, and it will sense that there is some weariness in the world at bearing the consequences of this war.”

In Enerhodar in the Zaporizhzhia region of Ukraine, the city’s Ukrainian mayor has claimed that hundreds of residents are being held captive.

Dmytro Orlov said in a Telegram post on Sunday, “A significant portion of them are skilled workers of the Zaporizhzhia nuclear power plant.”

“People are electrocuted, beaten, and held for weeks and sometimes months,” he added.

“They [are made] to confess to ‘illegal activities’, in particular participation in the city’s self-defence, concealment of weapons, and to name the names of their ‘accomplices’.”

In March Russian forces took over the Zaporizhzhia nuclear power plant near Enerhodar, Orlov added, “Over the past two weeks, the situation in occupied Enerhodar has only worsened.”