Home London News UK: Terror threat level raised to the highest level which means a further attack may be ‘imminent’ 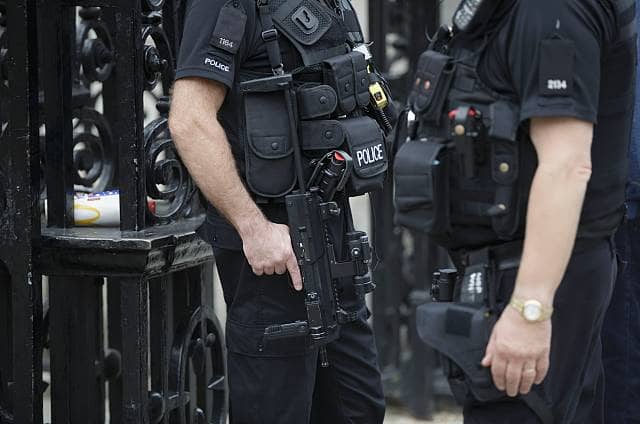 UK: Terror threat level raised to the highest level which means a further attack may be ‘imminent’

The UK’s threat level has been raised to the highest-level to critical on Tuesday evening which means that the UK is on imminent threat.

The prime minister, Theresa May said: “that given the intelligence received the threat level has to be raised which also means that British armed military could be deployed to protect cities across the UK.

May said: “It is a possibility we cannot ignore that there is a wider group of individuals linked to this attack.”

May further said: “!that members of the armed forces will help with security and may be deployed across key public events, sports events and concerts.”

May said speaking from Downing street that: “The work undertaken throughout the day has revealed that it is a possibility we cannot ignore that there is a wider group of individuals linked to this attack.”

“It has now concluded, on the basis of today’s investigations, that the threat level should be increased for the time being from severe to critical.”

May continued to say that “Operation Temperer” allows military personnel to take to the streets and is now in force.

“This means that armed police officers responsible for duties such as guarding key sites will be replaced by members of the armed forces, which will allow the police to significantly increase the number of armed officers on patrol in key locations.”

“You might also see military personnel deployed at certain events such as concerts and sports matches, helping the police to keep the public safe.”