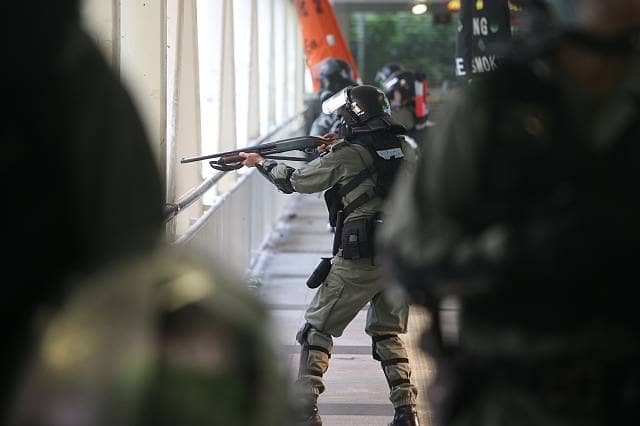 The Prime Minister Boris Johnson has opened the door for around 3m people Hong Kong citizens, if China continues with their new security law.

Writing in The Time Johnson has offered to make one of the “biggest changes” in the history of the UK visa system, in allowing 2.85m Hong Kong citizens fully-fledged citizenship.

The Prime Minister’s move has increased an escalation over the stand-off between the UK and China, which will put Hong Kong residents “on the route to citizenship.”

Critics have said the new security law robs the territory of their autonomy and erodes the “one country, two systems” that promised Hong Kong freedoms from China.

Johnson said, “If China imposes its national security law, the British Government will change our immigration rules and allow any holder of these passports from Hong Kong to come to the UK for a renewable period of 12 months and be given further immigration rights, including the right to work, which could place them on a route to citizenship.

“This would amount to one of the biggest changes in our visa system in British history.”

Johnson added, “Many people in Hong Kong fear their way of life, which China pledged to uphold, is under threat.

“If China proceeds to justify their fears, then Britain could not in good conscience shrug our shoulders and walk away; instead we will honour our obligations and provide an alternative.”

The British Foreign Secretary Dominic Raab warned China on Tuesday, that the UK “will not look the other way,” if the Chinese President Xi Jinping refuses to halt the new security law in Hong Kong.