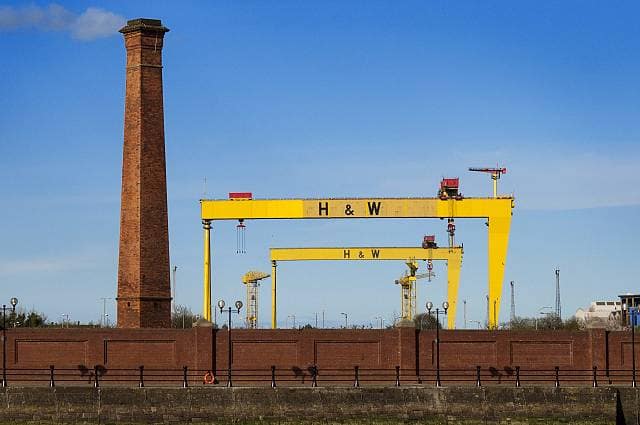 The Ministry of Defence has confirmed that a British led consortium has been chosen to build new support ships for the Royal Navy.

This will create 1,200 jobs at UK shipyards along with hundreds of more jobs in the supply chain and the contract for £1.6bn will see three ships to be built at Harland & Wolff’s shipyard in Belfast.

The Defence Secretary Ben Wallace said this is a “significant boost” to the UK shipbuilding industry.

Wallace said, “By selecting Team Resolute, the Ministry of Defence has chosen a proposal which includes £77 million of investment into the UK shipyards, creating around 2,000 UK jobs, and showcasing cutting-edge British design.

“Building on ambitions laid out in the National Shipbuilding Strategy, this contract will bolster technology transfer and key skills from a world-renowned shipbuilder, crucial in the modernisation of British shipyards.”

Harland & Wolff will build three Royal Fleet Auxiliary’s, 216-metre Fleet Solid Support (FSS) ships which will be able to supply munitions and other provisions to other Royal Navy ships who are deployed at sea.

But, Labour and trade unions have blasted the decision that the whole project is not all happening in the UK.

“Ministers have rejected a big opportunity to boost our UK economy and strengthen our sovereign industrial capability at a time when threats are increasing.”

Mike Clancy, general secretary of the Prospect union, said this is “a terrible, short-sighted decision” which is a missed opportunity to support UK shipbuilding.

Clancy said, “At a time when the economy is struggling it is short-sighted in the extreme to go with a bid that takes most of the high-value work and intellectual property overseas.

“Spain will be delighted with the Government’s approach to levelling up. It is now essential that the Government does all it can to maximise the small amount of work going to UK yards.”

GMB national officer Matt Roberts said, “It’s only a few short years since Harland & Wolff, set to benefit from this bid, was occupied by workers to save the yard from closure.

“Ever since the last RFA order debacle from the Tory Government back in 2012, we have campaigned for all of the build work on FSS to be done in the UK and for each shipyard in every nation and region of the country to get decent packages of work from this big Government order.

“Ministers finally concede a ‘significant’ amount of the FSS work will be done at home. The problem is that they don’t define ‘significant’ by volume or value and they don’t tell us what guarantees or enforceability there is. Due diligence must be rigorous.”

Expert advises do not lose track of your...