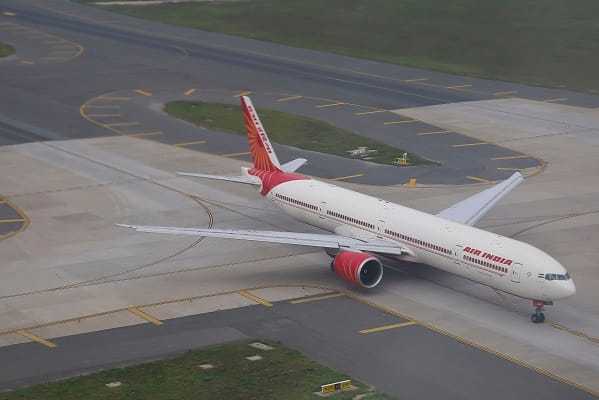 Around 110 flights from India have landed in the UK since the country was added to the government’s travel red list.

The LBC Radio report uncovered that 110 flights did enter the UK from India which are supposed to be banned since 23 April and a shocking potential that 8,500 passengers arrived in Britain.

There are concerns over the government’s confusing travel rules and the Indian variant is spreading like wild flower across the UK.

LBC Radio found flights from Bangladesh and Pakistan which are neighbouring countries to India are also arriving in the UK which have seen high case numbers of people infected with the Indian variant.

Flights from Bangladesh and Pakistan were placed on the red list by the British government on 9 April.

The Health Secretary, Matt Hancock has advised against all forms of foreign travel, but the Environment Secretary, George Eustice said holiday to amber list countries are fine.

Despite arriving in the UK those passengers from India will have to self-isolate and quarantine at home, which basically “doesn’t work.”

Professor Neil Ferguson, an epidemiologist at Imperial College London and a member of the Government’s Scientific Pandemic Influenza Modelling Group (SPI-M), told BBC Radio 4’s Today, “I think one thing the import of this Indian variant has shown us, everybody coming back from India had to home quarantine, had to test is an imperfect way, it basically didn’t work.

“It’s an imperfect way of stopping viruses coming into the general community, but it probably does have some effect.”

Boris Johnson has said that his government took “prompt” action in placing India on the red list and on 7 May the Indian variant was designated as a “variant of concern.”

Shadow Health Secretary Jonathan Ashworth has urged the Prime Minister for “secure borders” to prevent other variants from entering the UK.

Ashworth told Sky News, “Our borders have been about as secure as a sieve throughout this crisis and it’s why we are seeing these variants bounce at us.

“There’s probably going to be more of this as well, so we have got to work internationally to bring infection rates down and make sure the world is vaccinated.

“But we have also got to have secure borders and controls as well.”

However, Johnson defended his actions and told reporters, “If you look at what happened with the variant we are talking about, the so-called Indian variant, the B1617.2, India was put on the red list before this was even a variant under investigation, let alone a variant of concern.

“So we took prompt action and we will continue to take very, very draconian action in respect of all variants coming from wherever around the world.”

The Department for Transport said, “We have adapted and bolstered our world-leading test and quarantine systems for incoming passengers since the start of the pandemic.

“And will continue to closely monitor direct flights from a small number of Red List countries to see if a blanket ban would be necessary and proportionate.