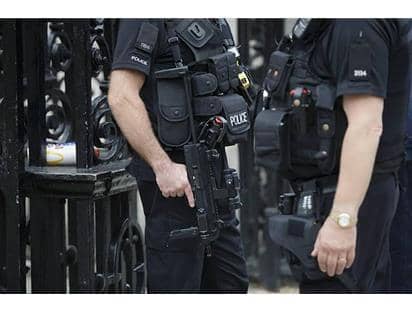 Two over 50s arrested for burglary every day

New analysis from Churchill Home Insurance reveals that crime really is a career for life in the UK, and is not just committed by the young. There have been nearly 3,000 arrests of burglars aged over 50 since 2014, averaging more than two arrests every single day.

On a regional level, Merseyside Police recorded the highest rate of arrests of older burglars, with 10 per cent of the 3,018 burglars arrested in the period aged over 50.  Derbyshire Police had the second highest proportion of older criminals, with seven per cent of all arrests for burglaries between 2014 and 2017 involving an older offender.  Dorset Police was third, with five per cent of all burglary arrests involving a suspect over 50. In Hertfordshire and Surrey, more than one in twenty of those arrested on suspicion of burglary was aged over 50.

Table one:  Police forces with the highest proportion of burglaries committed by the over 50s

Martin Scott, head of Churchill home insurance said: “This research shows that burglary is a crime that is committed by offenders of all ages and it appears not all opportunistic thieves are young. In fact, with more experience under their belts, older burglars could present a greater threat than their younger counterparts. It is vital that home owners remain vigilant and don’t discount an older individual that may be surveilling their property.

“Checking doors and windows to make sure they are secure, keeping valuables out of sight and making the property look occupied even when it isn’t are all simple things which will help deter would-be burglars and avoid the emotional and financial trauma of becoming a victim of crime.”