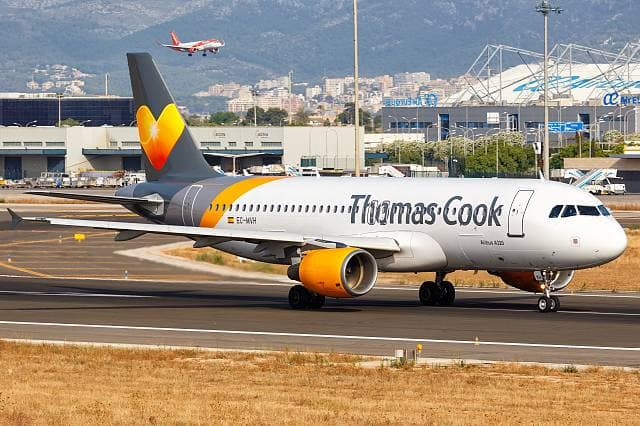 “Discussions to agree final terms on the recapitalisation and reorganisation of the company are continuing between the company and a range of stakeholders, including its largest shareholder, Fosun Tourism Group and its affiliates, the company’s core lending banks and a majority of the Company’s 2022 and 2023 senior noteholders.

“These discussions include a recent request for a seasonal standby facility of £200m, on top of the previously announced £900m injection of new capital.

“The recapitalisation is expected to result in existing shareholders’ interests being significantly diluted, with significant risk of no recovery.

“The company will provide further updates in due course.”

George Charles, spokesperson for www.MoneySavingHeroes.co.uk said, “Another potential imminent nail in the high street’s coffin; Since 1841, Thomas Cook have been an integral part of the high street, but in more recent times, increased competition with online and budget travel agents, such as Jet2holidays, the uncertainty surrounding Brexit and warmer summer months have ultimately seen Thomas Cook fall into what could potentially be extinction.

“However, this is a much bigger problem than just the effect on the high street and the empty storefronts that will remain; 22,000 jobs are at risk, 9,000 of which are in the UK, and at a time where the economy is less than secure this could have a lasting impact in the years to come with this number of people out of work.

“The government and ATOL have a huge bill facing them if Thomas Cook is to close as of next week. ATOL will have to find a way to bring Britons home from their holidays who are covered by them, however there are going to be thousands British holidaymakers, if not more, abroad that don’t have ATOL protection and will be left stranded if they don’t fork out for a new flight home.

“When Monarch Airlines collapsed back in 2017, the government assisted in getting all stranded passengers home, whether covered by ATOL or not, so we’d like to think they’d do the same. But with Brexit looming, will they be ready to loosen the purse strings?”