Home Business News ‘There will be a trial’ against Donald Trump, says US Senator leader 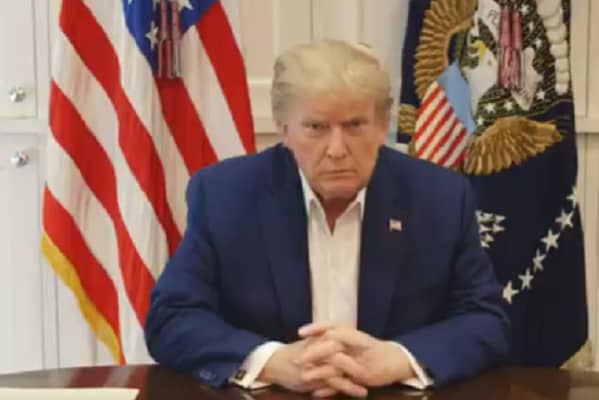 ‘There will be a trial’ against Donald Trump, says US Senator leader

The US House Speaker Nancy Pelosi is to send the article of impeachment against the former President Donald Trump.

This will be the start of Trumps trial on charge of incitement of insurrection over the riots on 6 January, which rocked the Capitol where five people were killed, including a police officer.

On Friday, the Senate Majority Leadeer Chuck Schumer said that “there will be a trial” against Trump, and he will be the first President to be impeached twice and the first to face trial after leaving office.

House Democrats, who voted to impeach Trump last week for inciting the deadly Capitol riot, have argued a full reckoning is necessary before the USA and the Congress which will happen under new President Joe Biden.

Senate Republican leader Mitch McConnell has suggested a more expansive timeline that would see the House transmit the article of impeachment on January 28, which will launch the trial’s first phase.

The Senate will then provide Trumps defence team and the House prosecutors two weeks to file briefs, and around mid-February arguments for trial could start.

McConnell said, “Senate Republicans are strongly united behind the principle that the institution of the Senate, the office of the presidency, and former President Trump himself all deserve a full and fair process that respects his rights and the serious factual, legal, and constitutional questions at stake.”

On 6 January Trump told thousands of his supporters to rally near to the White House and “fight like hell” against the election results, that were to be certified by Congress.

Shortly after Trumps speech to thousands of his supporters a huge mob stormed the Capitol smashing up offices and fighting with police.