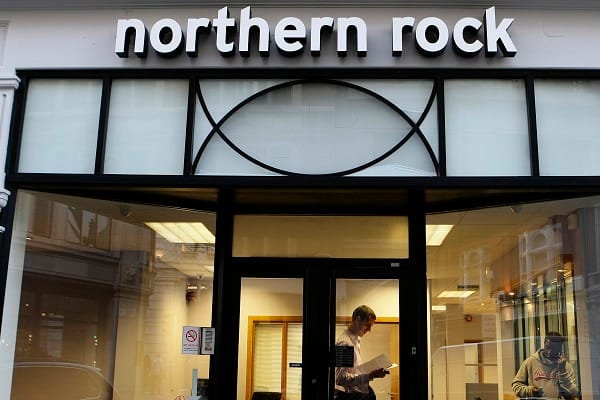 The zombie banks of the high street

In the last 15 years, at least 40 financial services brands have disappeared from the high street as mergers and acquisitions in the sector have swallowed up and rebranded many firms. Consequently, millions of Brits have lost or become disconnected from products ranging from bank accounts, pensions and savings from these “extinct” brands, according to Gretel.

Brands including Abbey National, Alliance & Leicester, Bradford & Bingley, Birmingham Midshires, Bristol & West, Britannia, Cheltenham & Gloucester, Northern Rock (to name but a few) have all been subject to change or deletion; a number of these as a result of the financial crash of 2008.

Gretel, the free online hub that helps people reconnect with lost and dormant accounts, took 14 popular financial services brands that have disappeared from the high street over the last few decades and asked 2,000 consumers about any legacy products they could still have. It found that one in four (24%) Brits still have an account with at least one of these extinct brands, and a further 10% are not aware if they have one or not. Two in five (42%) of those who still have an account with a defunct brand do not know of its whereabouts.

The study also found that 5.3 million UK adults (or 10%) have lost track of a financial product from one or more of these extinct providers.

When it came to understanding how they came to lose track of their accounts, one in four (27%) mention that they never got round to moving the money and then lost track of it and 17% simply forgot they had it.

Overall, over half (57%) who had a lost account wanted to track down their lost account. However, of this group:

· Almost a third, (28%) didn’t even attempt to track it down because they thought it would be too hard

· And nearly half (47%) never got round to tracking it down.

Aside of merger and acquisition (M&A) activity, there are many reasons that someone can become disconnected from a financial account, ranging from major life events such as house moves, marriage, divorce or becoming widowed. Gretel estimates that 19.6 million people in the UK have become disconnected from financial services products and are sitting on dormant or unclaimed money with a collective value of over £50 billion1. Of this, more than 10 million people have an estimated £4.5 billion sat inactive in dormant bank and building society accounts.

Duncan Stevens, Chief Executive of Gretel said: “The retail banking sector in particular has seen so much change, transformationand consolidation in recent years and we have seen many well known names evolve and disappear from our high street.

“Quite often when a bank or building society changes name or is bought, you will receive notification that this has happened. However, especially if it is an account you had already forgotten about, you may disregard communications from a brand you have never dealt with, and may not trust. In addition, if your statements or any other communication are returned to the provider, it indicates that they can’t get hold of you. They’ll still attempt to contact you in other ways such as by phone or email, but if this continues for a few months, the account will become dormant.”

While banks and building societies have an obligation to reunite customers with their lost money, many only have part of a customer’s financial picture. The launch of Gretel reflects the recommendations of the Government’s Independent Commission on Dormant Assets which called for the extension of the scheme beyond banking to include the rest of the financial services industry, including shares and pensions, and made it a priority for firms to attempt to reunify dormant assets with their rightful owners.

Once Gretel is fully launched, consumers will be able to identify lost pots of money in old financial accounts in less than three minutes. Once lost accounts are flagged to the customer, Gretel provides an easy path for them to reclaim it. Uniquely, once a customer has signed up with Gretel, the service will keep working for them to constantly look for lost monies and flag any new accounts as and when they are identified.