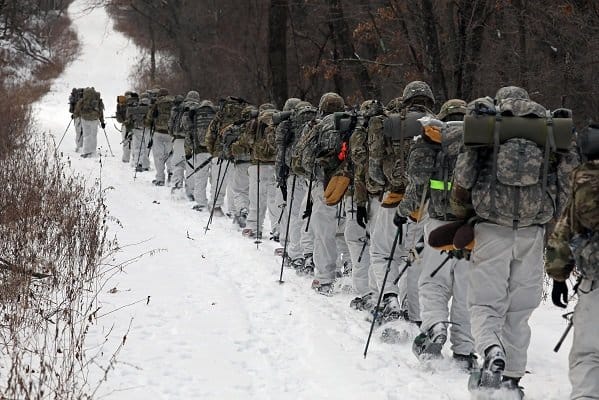 As the winter is approaching it will get “much harder to fight” in Ukraine and Moscow could resume peace talks with Kyiv.

Foreign analyst and former Sky News correspondent and author, Tim Marshall that unless there are an peace talks it is highly likely the war will resume next spring as the war will slow down over the long winter months.

Marshall told Times Radio, “So where we are in phase three in attrition is approaching the winter.

“The ground gets much hard, much harder to fight there will be skirmishes.

“We get to next Spring they’ll go at it again, hammer and tongs.

“If there is no breakthrough, if one side is not hurting enough, at that point you may see the outline of the peace deal emerging.

“I’m not saying it will be signed, but the outline of it will emerge.

Marshall added, “Phase one, the invasion which was halted giving time for the weapons flow to arrive.

“Phase two the Russians concentrating on the East in the Donbas and the South.

“And now phase three, it’s simply attrition there’s a 620-mile-long front line and in the past week or so the Ukrainians have actually gone out on the counterattack.

“But it is incremental, its village by village and sometimes just a few hundred of yards. And I don’t think they’re going to break through across that front.”

The former British Army chief, Lord Richard Dannatt told Times Radio, “You’ve got to face reality because they would then perfectly reasonably say the West, having encouraged them is now selling them down the line.

“Look, Mr President, we have done as much as we can but we really can’t throw the Russians out.

“We can prevent them from taking any more territory, but I think we are going into a stalemate situation.