Home Business NewsBusiness The UK is obsessed with ecommerce. These mind-boggling stats prove it 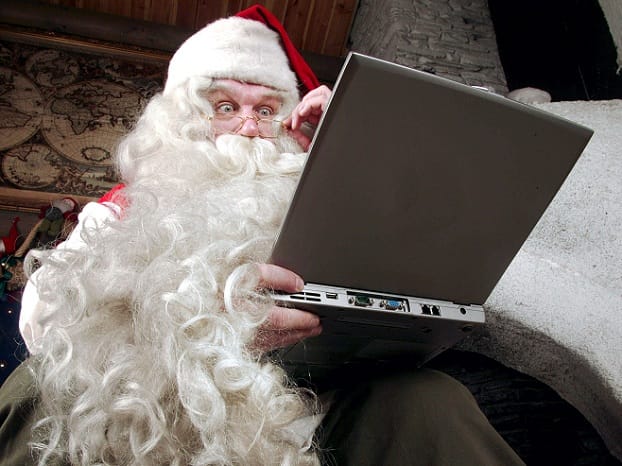 The UK is obsessed with ecommerce. These mind-boggling stats prove it

We’ve had Black Friday, yesterday was Cyber Monday, and we haven’t even got to Christmas proper yet.

But the tills have been ringing off their rockers – well, the virtual tills of online stores, at least.

The UK spent the best part of a billion pounds on Friday (exact figure in the stats below).

The UK spent more online per person than any other major country in the world in 2012, according to OfCom research from December 2013.

That’s likely to still be the case, says James Roper, founder and chairman of IMRG, although he says the UK is probably vying with the Nordic countries for the top spot this year.

Roper explains why ecommerce has taken such a strong hold here: “Historically the UK had some of highest retail profit margins in the world, so when the internet came along and brought levels of competition and transparency – particularly with electrical goods – it just took off like a rocket.

“The UK also benefits immediately from so much of the technology coming out of the US, because of the language and ease of adoption.” The UK is “almost always” the first port of call for a US company branching out overseas, while our European counterparts miss out, he says.

And of course, “online shopping goes nuts at Christmas,” Roper says. “Christmas could have been invented for online shopping. The weather’s bad, everyone’s got too much to do, and you save time and money – why would you not shop online?”

Mind-boggling stats on our ecommerce habits

That’s the estimate from ecommerce analysts IMRG, which found that British shoppers made more than 404,000 orders online on Friday 28 November 2014. The UK is expected to have spent a further £650m on Cyber Monday yesterday.

£1 in every £10 spent on retail is spent online

In fact, it’s more than that: online sales account for 11.4% of total UK retail sales, according to the latest Retail Sales Index from the Office for National Statistics (for September 2014).

One in four consumers shop online every week

Some 27% of consumers in the UK shop online on a weekly basis, according to the PwC UK Total Retail Survey 2014.

Online sales have grown by 10% in the past year

The aforementioned ONS release found that UK online sales in September this year were up 10.1% on September 2013.

That’s according to the IMRG-Capgemini eRetail Sales Index for December 2013.

Sage Pay forecasted in August this year that UK online spending will top £13bn for the first time this Christmas, some 18% more than last year’s £11bn spend.

The Centre of Retail Research puts the figure even higher, suggesting we’ll spend £17.4bn in total, in research commissioned by RetailMeNot.

Online retail generates more than £700m every week for the UK

In September this year, Brits spent £732m per week online on retail, according to the ONS (the most recent figures).

UK advertisers spend the most online in the world (as a %)

In 2015, the UK will become the first country in the world where more is spent on online advertising than offline, according to research out this week from Group M (a WPP company).

It forecasts that £8bn will be spent online of a total UK advertising spend of £15.7bn.

The UK is the world’s leading ecommerce exporter

The UK generated the largest online retail trade surplus in the world last year, by quite a margin. The Global Retail E-mpire report, published by OC&C Strategy Consultants, found that the UK’s ecommerce exporters generated a trade surplus of £720m in 2013.

This is how much more we spend online than everyone else

OfCom’s research found that British shoppers spent £1,175 per person on online retail in 2012 (the most recent accurate figures we could find). The second-highest spenders were Australia, which spent only £868 per person.

The future of ecommerce is mobile

The PwC survey also predicted that tablet and smart phones will account for 25% of online retail sales by 2017.

Got two mins to tell us how we can improve LondonlovesBusiness.com for you? Take our super-quick survey. Thanks!