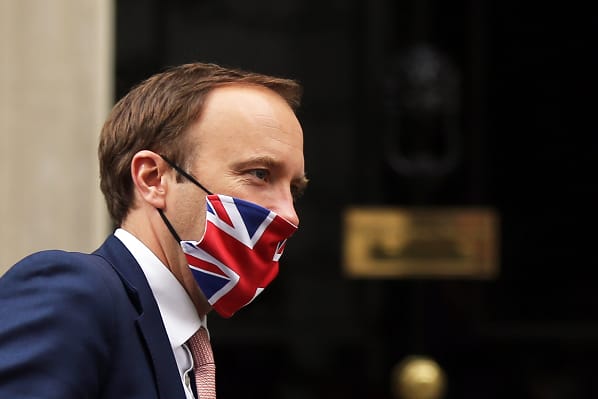 Cummings has said that there is “more to come” against Hancock and the government following a stinging attack on the Health Secretary and Boris Johnson on Wednesday.

Cummings also said that Boris Johnson sees his job as Prime Minister “too much like hard work” and wants to get back to writing and allegedly likened his job to “pulling a jumbo jet down the runway.”

Cummings said that he has “further evidence that will be made “freely available to the public” in order to “force the system to face reality and change.”

In a 92-post Twitter thread Cummings outlined his claims on Wednesday with a link to his blog.

The final Twitter post reads, “Hancock claimed to MPs a/ ‘no PPE shortage’, b/ ‘everybody got treatment they needed’; c/ he was a heroic success on testing, d/ HMT hampered him on procurement, e/ ‘protective ring around care homes’.

As Hancock was being driven to the Commons on Wednesday afternoon, journalists shouted to the Health Secretary, “Are you useless Mr Hancock,” to which he said, “I don’t think so,” being forced to defend himself.

Matt Hancock leaves for the commons earlier….@SkyFixerJim – “Are you hopeless Mr Hancock?”

Yesterday Cummings posted a bombshell screenshot which shows a WhatsApp message from the Prime Minister which appears to describe the Health Secretary as “totally f***ing hopeless.”

On 3 March 2020 Cummings highlighted the US’s ramping up of testing capacity and criticised Hancock for saying he was “sceptical” about meeting a target.

Cummings also published more private messages which appear to be the Prime Minister’s, which talk about the struggles to procure ventilators last year.

Cummings has alleged that Johnson replied with, “It’s Hancock. He has been hopeless,” it was said on 27 March 2020.