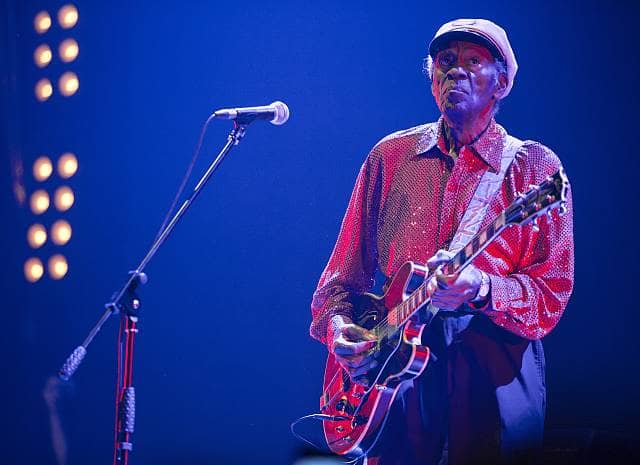 The legend of rock, Chuck Berry has died aged 90

The legend of rock, Chuck Berry

“The family requests privacy during this time of bereavement.”

Tributes have been pouring in for Chuck Berry, Slash, Guns N’Roses guitarist said on twitter: “Heartbroken to hear of the passing of Chuck Berry. He was undisputedly the king. A moment of silence is definitely in order. RIP.”

“Chuck Berry merged blues & swing into the phenomenon of early rock ‘n’ roll. In music, he cast one of the longest shadows. Thank You Chuck.” Said the Jacksons in a tweet.

Police in Missouri confirmed the singer had died at his home.