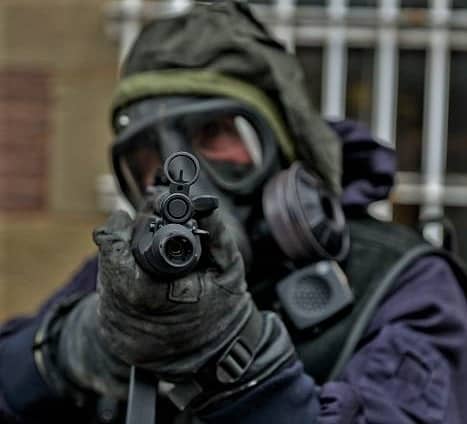 The elite British SAS “to be deployed to London’s” streets

In an attempt to bolster security on the streets of London after last week’s shocking terrorist attack at Westminster, Britain’s elite special forces fighting unit the, SAS are “to be deployed to London’s” streets.

The SAS who are normally based at their headquartes in Credinhill Hereford, will be stationed at a secret location within the capital and will reportedly be on an armed “immediate notice to move” according to the Daily Star.

They will be in London for at least a year with the purpose of dealing with terrorist incidents, to include a “marauding firearms attack” along with hostage taking in a move to beef up security within London.

A security source told the Daily Star: “Incidents such as last Wednesday’s attack always highlight weaknesses in any security system.

“No system is perfect but it’s important that any perceived weaknesses are addressed. People need to know how to react in an emergency.”

The SAS team that’s to be selected for London will have ability to “fast rope” from helicopters on to roof tops and enter buildings using explosives, and will be armed with special “take-down” bullets which are designed to instantly kill.

It was further revealed yesterday that Britain’s elite SAS troops will also train MPs in how to react in a terrorist attack.

It is also understood that Britain’s Security Service otherwise known as MI5 is reviewing its intelligence gathering after last week’s terrorist attack that injured over 50 people killing 4.

A source told the Daily Star: “This is not the first time that a terrorist who was on MI5’s radar has carried out a criminal act.

“At the moment, MI5 are working 24/7 trying to establish whether this attack is a one off or the first part of a wider plan.”