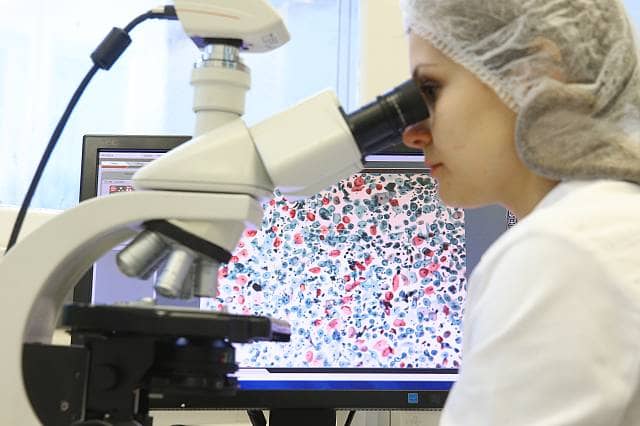 T-knife GmbH, a next-generation adoptive T-cell company using its proprietary humanized T-cell receptor (HuTCR) mouse platform to treat solid tumors,have announced on Thursday the closing of a €66m Series A round of financing. The round was led by Versant Ventures and RA Capital Management, with significant participation from existing investors Andera Partners and Boehringer Ingelheim Venture Fund (BIVF).

The Company was spun out of Max-Delbruck Center for Molecular Medicine with support of Charité University Hospital in Berlin in 2018, where its proprietary HuTCR transgenic mouse platform carrying the entire human TCRαβ gene loci was established by the pioneering work of Prof. Thomas Blankenstein, T-knife’s co-founder. Due to its natural in vivo selection of high-affinity TCRs, T-knife’s TCR-T-cell platform has the potential to be a marked improvement over existing TCR technologies in treating solid tumors.

“We are equally grateful for the continued support of our founding shareholders, Andera Partners and Boehringer Ingelheim Venture Fund, two top-tier healthcare investors who have been our true partners since inception. Going forward, our goal is to become a transatlantic company by establishing a U.S. presence and expanding our management team accordingly.”

T-knife’s proprietary HuTCR mouse expresses only human TCRs that are restricted to human HLA. Due to their natural generation in mice without negative thymic selection, these TCRs are of high specificity and high affinity. The Company has generated a pipeline of patented, unique TCR candidates for clinical development. Proceeds from the series A round will be allocated to advancing at least four programs into the clinic, ramping-up preclinical work for additional selected proprietary pipeline candidates and discovering TCRs against novel targets.

Moving forward, T-knife’s Board of Directors will be comprised of Josh Resnick (RA Capital), Alex Mayweg (Versant Ventures), Olivier Litzka (Andera Partners), Frank Kalkbrenner (BIVF), Thomas Blankenstein and Elisa Kieback. The Company was advised by Blueprint Life Science Group on the fundraising and by CMS on all legal aspects of the transaction. The new investors were advised by Goodwin Procter. The transaction will close upon governmental and anti-trust clearance.

Alex Mayweg of Versant Ventures said, “While CAR-T-based therapies have already demonstrated their power in the treatment of hematological cancers, their foray into solid tumors has proven to be less successful. T-knife has developed an exciting technology as its TCR-T cell therapy targets tumor antigens in an MHC-restricted manner, allowing it to be one of the few platforms that is able to target solid tumors. We are consequently thrilled to co-lead this round with RA Capital, a preeminent healthcare dedicated fund, as their investment mandate mirrors our own mission to identify and support game-changing therapies with curative intent.”

“We are delighted that T-knife is now an RA Capital portfolio company and are especially pleased to partner with Versant Ventures on leading this financing round,” said Josh Resnick of RA Capital Management.

“With the Company’s financial and strategic support now in place, we look forward to working alongside management and fellow investors bring T-knife’s potentially transformative T-cell therapies to solid tumor patients.”

Olivier Litzka of Andera Partners added, “Together with our seed round co-investor BIVF and their representative Detlev Mennerich, who also served as the Company’s Chairman over the past two years, we are extremely proud of T-knife’s progress, culminating in this transformational, top quality Series A round. We commend Elisa, Thomas and the team for their accomplishments, and welcome our new partners who share the vision of making T-knife the premier leader in the cell therapy field.”