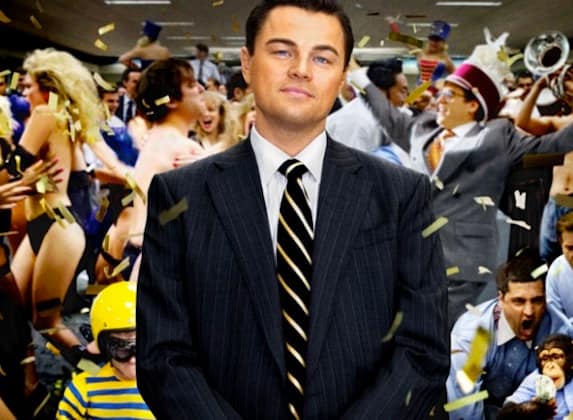 Ferraris, Aston Martins and hundreds of thousands of pounds have been seized by police in the biggest ever crackdown on criminals who have allegedly been misleading people into buying worthless shares.

The multi-million-pound international “boiler room” fraud, which gets its name from the poky rooms often used by the criminals, is similar to the scams run by Leonardo Di Caprio’s character in Wolf of Wall Street, except where the Wolf managed to balance on a tightrope of legality for many of his schemes, these gangs are accused of far over-stepping it.

There have been 110 arrests as part of the massive operation, led by the City of London Police, mainly in the UK (20) and Spain (84, of whom 40 were British), the BBC reports.

Victims were duped into buying worthless shares and handing over amounts between £2,000 and £500,000.

>> Rogue Traders: the worst ever

Many of the victims were elderly and were scammed out of their savings by the lure of returns of 10-20% per year and official-looking marketing material and websites.

Some individuals lost hundreds of thousands of pounds.

There are so far 850 confirmed victims in the UK, but police estimate the total number of victims to be in the thousands.

Nine of the 10 “tier 1” criminals, the highest level, are British. These criminals have alleged links to drugs and organised crime.

Commander Steve Head, who is the national economic crime co-ordinator, said: “It is our most important investigation ever, targeting people we believe are at the top of an organised crime network that has been facilitating boiler rooms across Europe and which is suspected of being responsible for millions of pounds of investment fraud.”

If you know someone who might have been scammed or you were scammed, or you have any information about these crimes, please call the Action Fraud line on 0300 123 2040, or call Crimestoppers anonymously on 0800 555 111.

NOW READ: He’s the City trader who blew £125k on one bottle of champagne. But who is 23-year-old Alex Hope?