CLICK HERE TO WATCH THE FULL VIDEO
Home Business News Straight out of Covid: Why London needs a rebrand 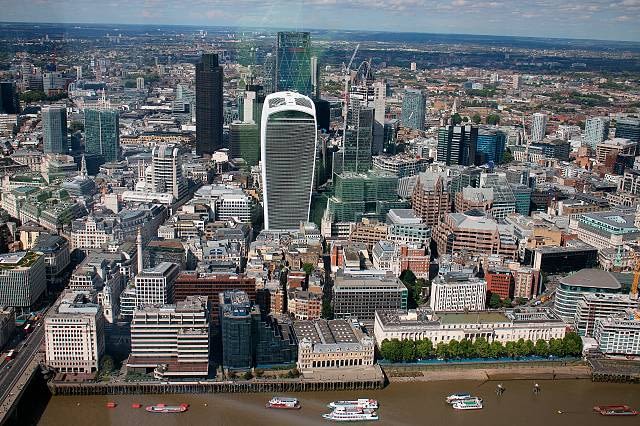 Straight out of Covid: Why London needs a rebrand

There’s a new mood in London. The newspapers may be full of stories about empty offices, locals moving, and financial powerhouses relocating. But on the ground there’s a growing sense of optimism as we look to a post-Covid future. Rather than focus on a speculative decline, maybe we should see this time as an opportunity to look again at what London represents, and its new role on an altered global stage.

There’s no doubt we’re going through a period of transition as we look to a post-pandemic, post-EU future. The population is set to shrink for the first time since the mid-80s, according to PwC. VisitBritain has, unsurprisingly, recorded dramatically reduced visitor numbers. The pandemic has clearly had a role to play in all this, as more companies embrace remote working and travel restrictions take their toll. And the effects of the UK’s departure from the EU were always going to be felt – the FT reported recently that Amsterdam is usurping London as Europe’s top share-trading hub.

But what great cities like London have always done is evolve to remain relevant. Circumstances change, demographics shift, communities move, transition is constant. Which means that cities need to look afresh at the way they present themselves, internally and externally, at pivotal moments.

At such a key time for London, to not build a fresh brand would be a missed opportunity. Recent changes mean that we’re going to have to work harder to attract business, talent and visitors. We also need to galvanise Londoners and commuters and help them fall back in love with their city after months of staying away from leisure, shopping and business hubs. Projecting a positive, diverse and authentic brand that makes sense for everyone will make that job easier, and give London the urgent CPR that it needs.

When a major city has a positive brand it can have an impact on its economic power and success, and instil a sense of pride. It can also, if needed, reposition a place and help address any reputational damage.

When Wolff Olins created the brand for New York City it led to a 13% increase in visitor numbers the following year, which resulted in 370,000 more jobs for the city. A year after that, a record 47 million people visited, generating $33 billion.

The work remains a singular, powerful voice for all five boroughs of NYC, whilst also acknowledging their diversity. And it’s used across all kinds of city-wide initiatives, such as GreeNYC, befitnyc and Million Trees NYC, as a mark of quality. NYC’s brand lets us know that the city is about so much more than its Manhattan skyline.

So what should a new Brand London look, feel and sound like, and how would we get there?

The brand consultant’s job is to dive right in and find that common truth, and to capture the vitality, diversity and multi-sensory nature of the city today. That means listening to what people – tourists, residents, workers – have to say, watching how they interact with their environment, and looking for the themes that connect us. People need to be brought along for the ride, their thoughts and feelings fed into the project.

A strong brand will bring visibility and personality and make a virtue of London’s idiosyncrasies. It will also bring everyone together with a unified mission. Rather than focusing on a logomark to live on the back of pamphlets, a strong brand strategy exists to celebrate London’s people, culture and experience.

London is about music, art, fashion, food, film. It’s one of the most diverse cities in the world – 37% of the population were born outside the UK. It’s a city of contradictions: traditional and edgy, lavish and gritty, historic and contemporary. Most of all, it’s about the people who live, work and play here, from every corner of the globe. So we need to ask, “What is London and what is a Londoner?”

Amsterdam Partners nailed this with its I Amsterdam campaign, which moved the Dutch metropolis away from sex, drugs and canals and made it about the people. It’s a diverse branding concept that appeals not just to tourists, but to those living around Amsterdam, as well as to the businesses and individuals in the city proper.

A line drawing of the Palace of Westminster might be appreciated by Anglophiles from the US, but how will it resonate with the third-generation Londoner from E17? Brand London needs to live beyond clichés and logos and be felt all around us. Everything we read, see, hear and feel about the city should feed in to an overall picture and represent how London sees its future – its vision and objectives.

It would be a shame to miss out on everything that London has to offer and fall into the ‘Tower Bridge Trap’. Think about the shared sounds, smells, tastes and views…

A recent project that we did with Byron Close Estate in Thamesmead is a case in point. We teamed up with Peabody, the local housing authority, residents and local business owners to realise the potential of unloved areas of the South London neighbourhood. Now, people no longer see it as a neglected enclave that doesn’t serve the community. We listened to them, they took ownership, and, via an immersive brand process, reclaimed the space and made it their own.

Businesses and institutions, including museums, galleries and visitor attractions, that exist under a unified brand stand to be imbued with the new positivity and zeal, too. It creates a sense of unity and demonstrates commitment and quality. ‘London’s where it’s at, and this museum lives up to that.’

We have an amazing opportunity to bring what makes London great to the surface, with a broad, encompassing and authentic brand strategy. These are exciting times for London. So let’s think beyond line drawings of Tower Bridge. London’s bigger than that, and we need to tell the world.